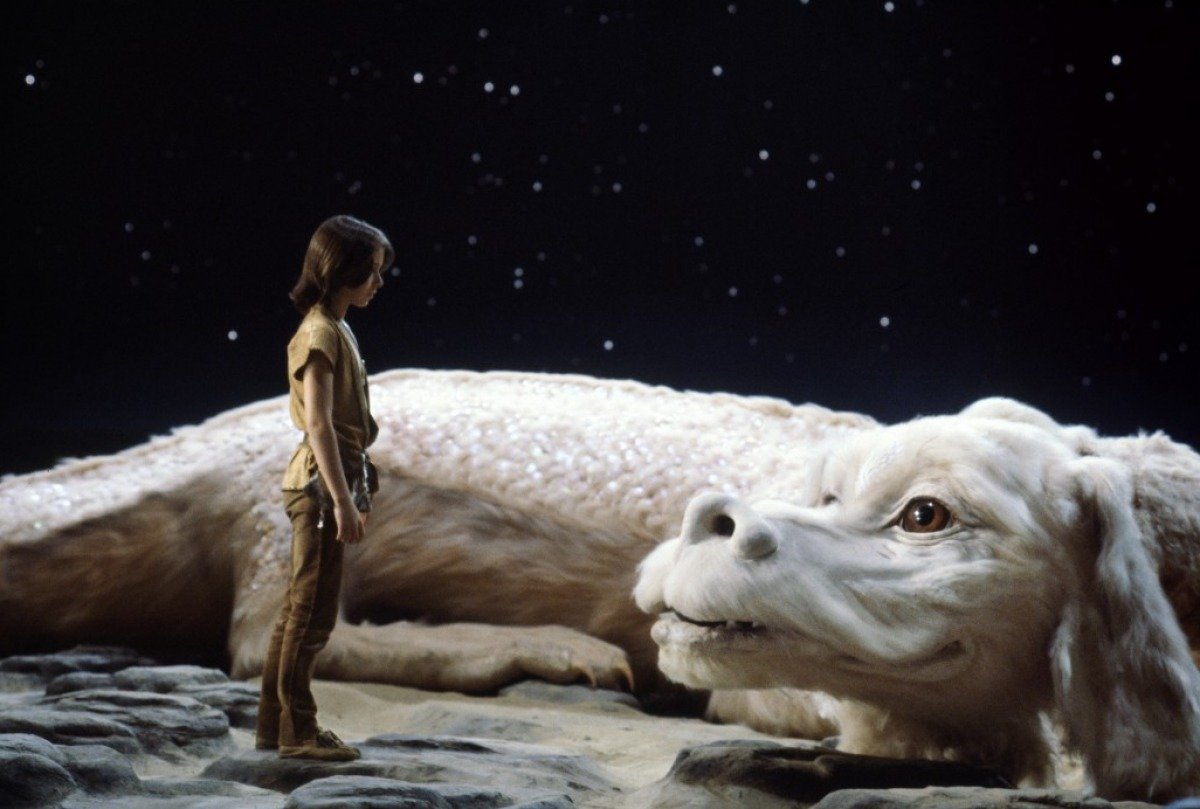 “We don’t even care whether or not we care.” It used to be that if you had a few bucks, you made a movie. You had a little more money in the coffers, you’d make something tantamount to extravagant. If you had a ton of money, you’d make an epic movie. “Epic” (in the old days) used to mean 3-plus hours; usually a historical narrative – a Gandhi, a Lawrence of Arabia, a Ben Hur. It was a special night to go out and see an epic movie. Nowadays (here come the old man pants!) every movie is a damned epic and for no good reason (and they’re not good at all). There’s no earthly reason the Lord of the Rings and Hobbit (not even counting the extended editions on home media) movies have to clock in at three hours a-piece. Wolfgang Petersen’s The Neverending Story is an epic fantasy adventure movie on Slimfast. It’s a lean, economical 96 minutes. It tells a great story and then quickly gets the hell off the screen so we can go home and process.

Admittedly, because we are separating literature from film, The Neverending Story relies on a conscious form of contrivance. A literal absence of matter and energy known in legend as the “Nothing” is devouring the Universe and is about to engulf the land of Fantasia. The leaders of Fantasia summon a young warrior by the name of Atreyu (Noah Hathaway) to rescue an ailing Empress (Tami Stronach) who will stop the “Nothing,” provided she is given a new name. The kicker to all of this is that the story is being read (from a book entitled The Neverending Story) by a boy named Bastian (Barret Oliver) in our present-day world. Bastian is a Spielberg-type child: smart, but lonely, from a broken home with a parent (Major Dad’s Gerald McRaney!) who doesn’t understand him and even scolds him for mourning his dead mother. Jeez. 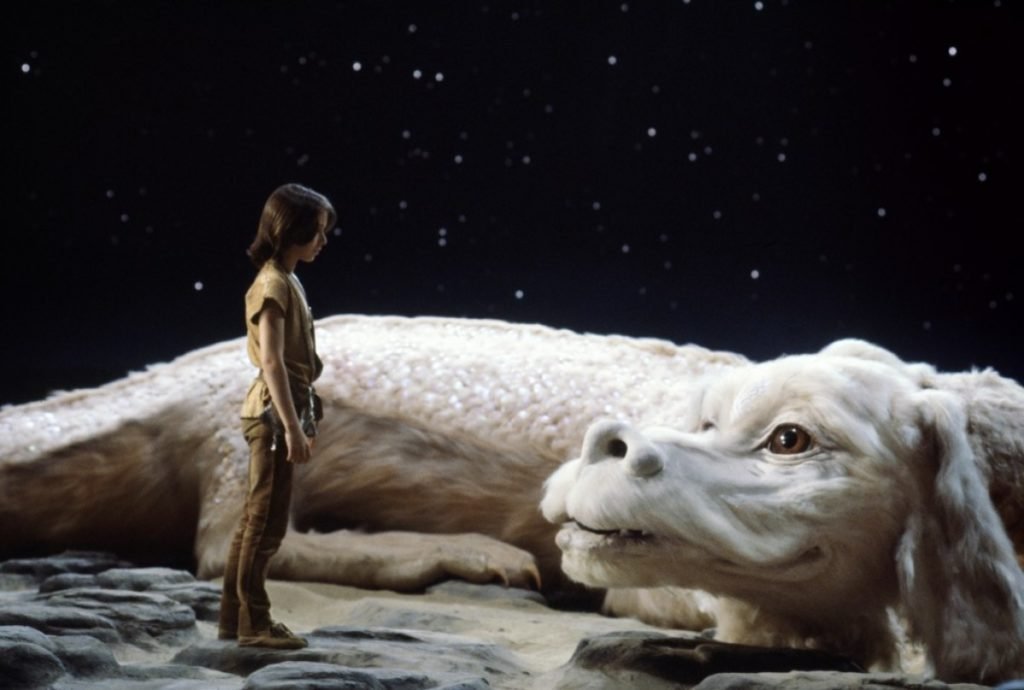 The rubrics of the story require Bastian to be a bullied introvert so that he can exact revenge on his tormentors; in this case, three psychotic little pricks who drop him into a dumpster. I’ve never understood the bully logic. How do you build on the thrill of terrorizing children? How come wonderful stories of enchanted lands are never experienced by horrifying, spoiled little bastards? Perhaps they would learn not to be spoiled little bastards if confronted with furry luck dragons and ridiculous giant turtles. Speaking of contrivances and dragons, Atreyu, in a moment of danger, is saved by said luck dragon, Falkor (possibly my favorite character in the film). Astride the giant creature, Atreyu can reach his target before the “Nothing” devours the world, but (in a great bit) they require the help of Bastian, who they know is reading their story.

It’s like if you took all the best parts of a book, or a story, or a ballad, and put them into a movie knowing you only had a limited amount of time to get it done, to get the movie’s adaptation down, and the audience satisified. The best movies work on their own terms with cinematic language. The worst adaptations are slavishly faithful to the literary source material. This is the movie Peter Jackson wanted to make. The early ’80s were an awesome (even gnarly) time for fantasy films: Conan the Barbarian, Legend, Willow, Labyrinth, The Dark Crystal, etc. It also harkens back to a time when movies were made with hands, not microchips. The creatures in the movie are astonishing to behold and it’s wonderful to see players interact with them on an actual physical level. Director Petersen’s next movie (a personal favorite) would be 1985’s Enemy Mine, starring Dennis Quaid and Louis Gossett, Jr.