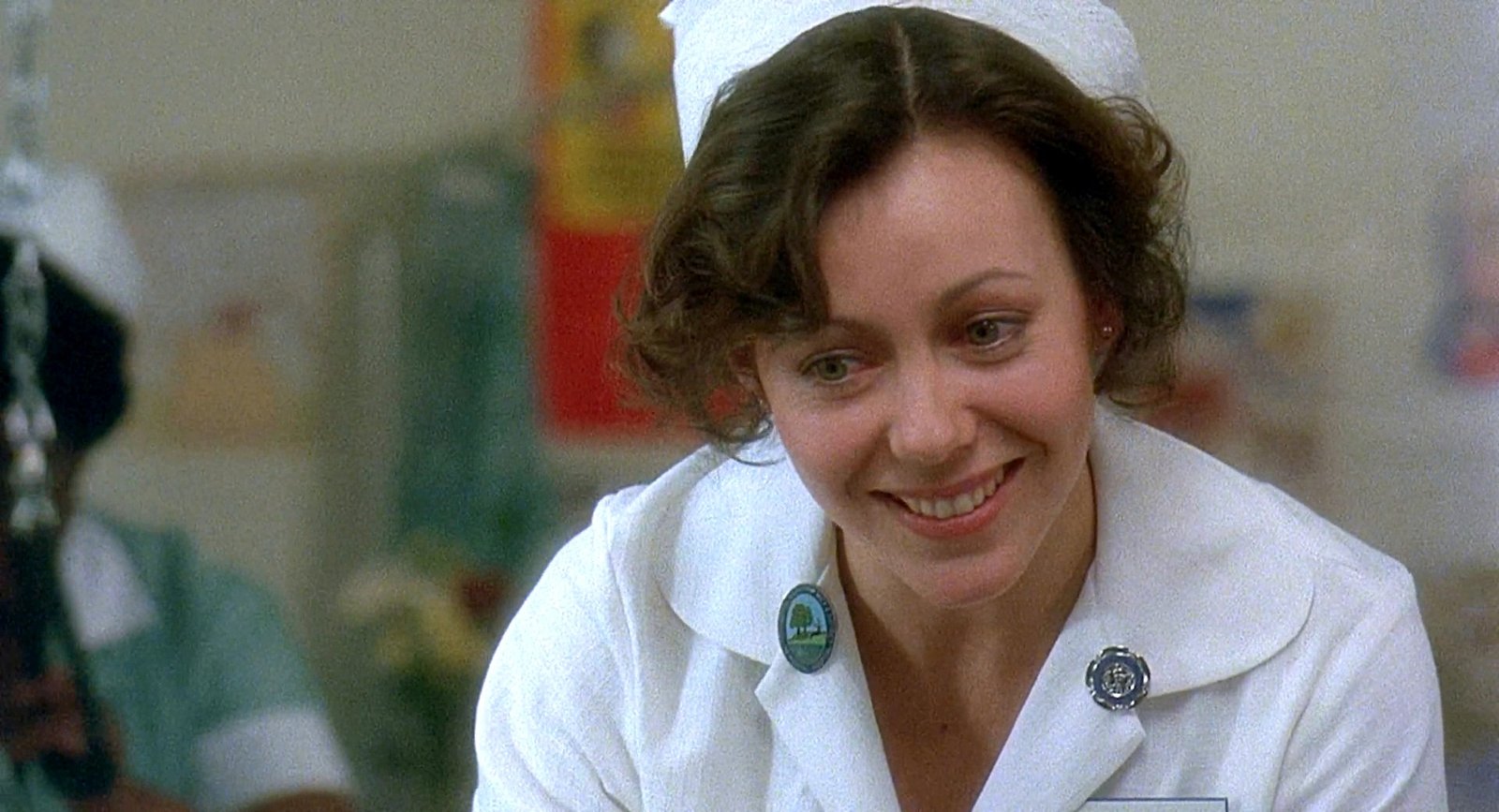 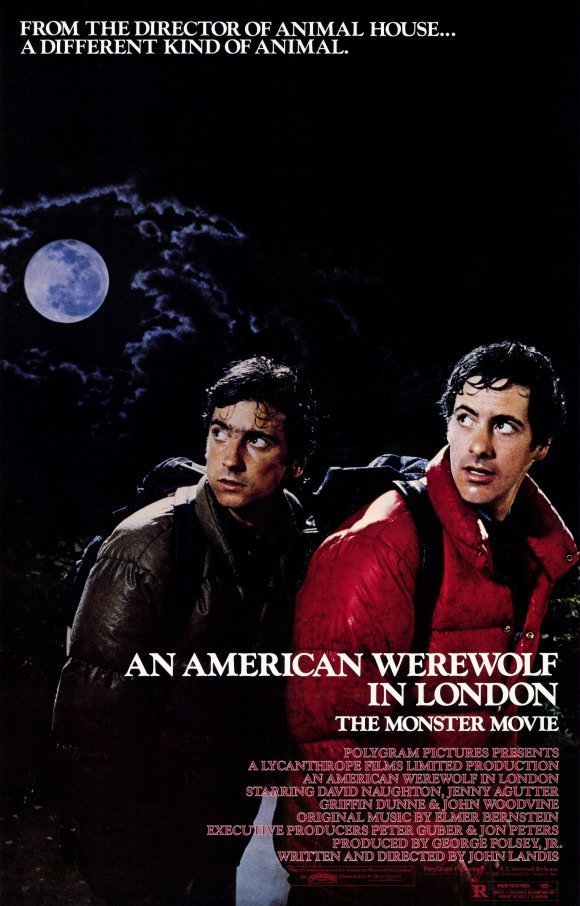 To appreciate An American Werewolf in London is to understand David Kessler’s predicament. Back-packing with buddy Jack Goodman (Griffin Dunne) through the moors, they come upon a quaint pub called The Slaughtered Lamb. The locals can sniff out the Colony blood and take an immediate dislike to them. Before they hurriedly leave, they are warned to stick to the roads and “beware the moon.” Jack is attacked and killed by a large, fur-covered beast with fangs, and David (David Naughton) is injured. While David recuperates from his injuries and flirts with pretty nurse Alex (Jenny Agutter), he is visited by undead Jack, who informs him they were attacked by a werewolf, and that David will transform into a werewolf at the next full moon. David writes off Jack’s warning as symptoms of impending madness.

What if he’s right? What if he’s going mad? A lot can be ascribed to psychosomatic underpinnings; that the brain controls the body to a certain extent, and if you truly believe and adapt to your surroundings, you can control those surroundings (including the suspicious appearance of fur and fangs). If what you believe is your reality, and in your reality, you believe you are a werewolf, you will become that thing. The same predicament befalls Nicolas Cage in Vampire’s Kiss (one of Cage’s few movies I can stomach) with similar results. The core of the movie’s logic depends on the character’s disbelief of the facts as they are handed to him by his undead friend who, in various stages of realistic decomposition, continues to warn him and then to advise him on the best (or most efficient) ways to off himself so that he doesn’t murder innocent people. 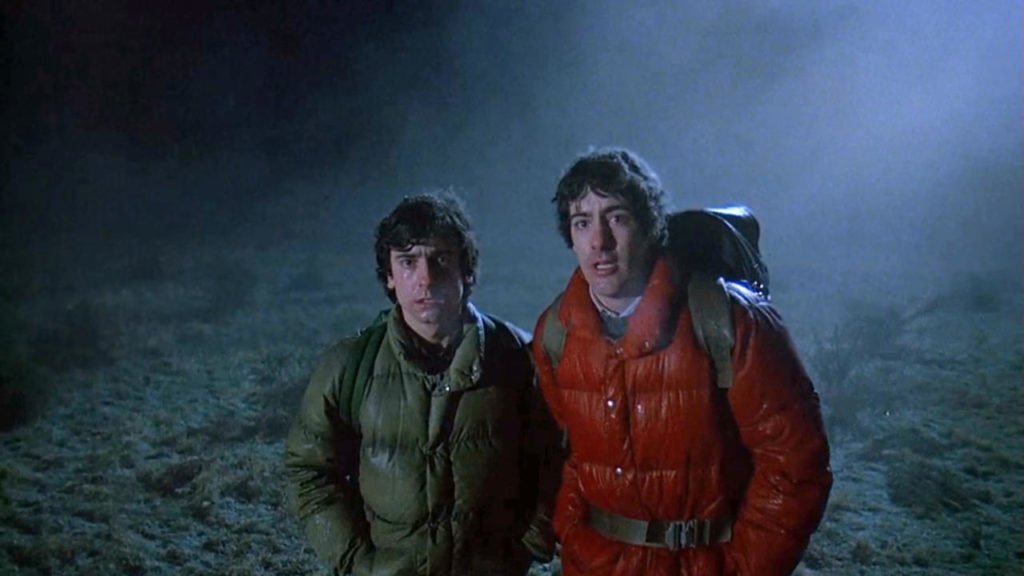 Nurse Alex has taken him into her home and he avails himself of her unexpected British hospitality. A charming romance blossoms between the two, even if she thinks he’s completely off his nut for insisting that he will become a werewolf. They have a wonderful, foreshadowing conversation about David’s theory that a werewolf can only be killed by someone who loves it. The next day, she goes to work and later that night, he transforms into a werewolf, and the sequence is truly frightening. If not for the immense pain Naughton appears to be going through, then for his complete astonishment at what is happening to him. The transformation puts us, the audience, in the room with him, and as we watch it, we become complicit in his secret. He charges off into the night and kills six people; all of whom join Jack to visit him in a porno theater in Picadilly Circus the following day. 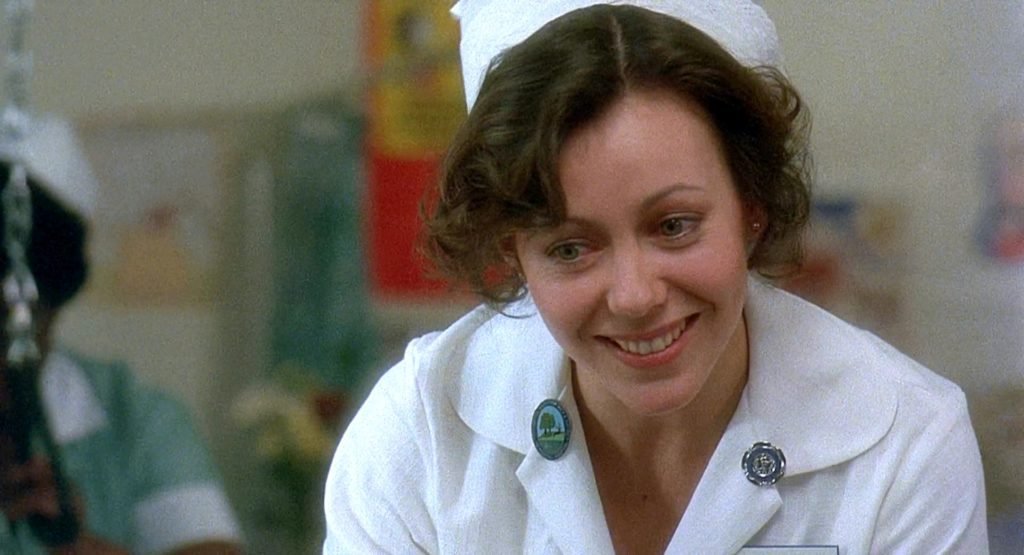 With the central conceit (the suspension of disbelief) of the story out of the way, we can enjoy the strange humor of David’s condition. Not completely a comedy and not all the way serious, director John Landis shopped his script around for ten years before he found financing. It was only when he had three box office hits in The Kentucky Fried Movie, Animal House, and The Blues Brothers under his belt that he was able to finally make the movie. An American Werewolf in London, along with The Howling, were the two big werewolf movies of 1981 and, while sharing Rick Baker’s startling tutilege, also exist in a world of werewolf movies. Both movies reference the classic 1941 Lon Chaney Jr. movie, The Wolf Man, written by Curt Siodmak. An American Werewolf in London is a fun, sexy, horror movie that transcended both horror and comedy genres and was enormously influential on movies that would follow.