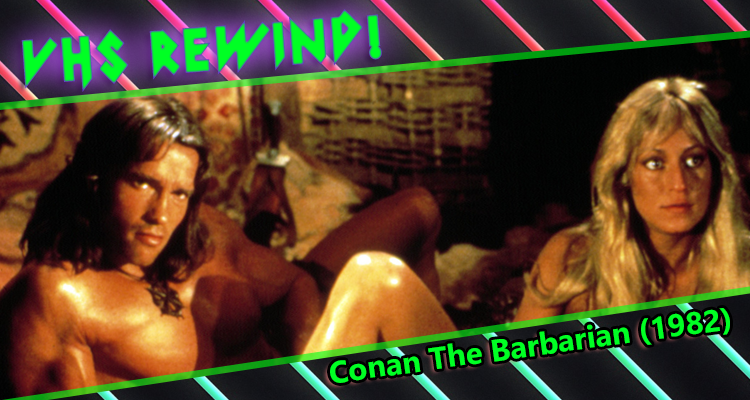 Made in 1981, but delayed until May of 1982 due to various cuts, mostly for violence, Conan the Barbarian was a decent hit, and made all concerned a good chunk of money, and, while it also may have spawned a series of inferior knock offs, it stands out as probably the best of the Sword and Sorcery genre, mostly because it takes itself seriously, and had the budget to back it up. The star of the movie is, of course, Arnold Schwarzenegger, and while the film is not quite the combination of quips and violence we come to expect from an Arnoldfest, his charm is undeniable.

So, with that in mind, join Mark and David as they discuss, and disagree, but also discover the warmth of friendship, the passion of love, and the wisdom of one who has suffered, all while watching a film which has what is sorely lacking today. A quote by Nietzsche.