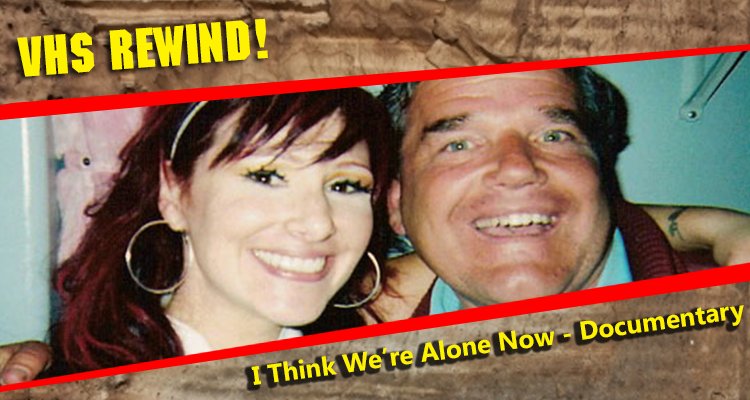 On this week’s episode, VHS Rewind visits with the dark (and darkly humorous) side of humanity when we review the documentary I THINK WE’RE ALONE NOW. Join us as we meet Jeff Turner and Kelly McCormick, the subjects of this documentary: two super obsessive (like, really, really super obsessive) fans of pop singer Tiffany.

Right there, that should tell you these guys are not OK in the head: does Tiffany really merit any obsessive fans? I was never a fan of her music (even her titular hit song) but, more, she hasn’t aged well and based on some brief concert footage we see of Tiffany, she doesn’t come across as an electrifying performer. (Mark: I feel her performance was fine for a onehit wonder level star and she looks great for a 50 year old woman, I think Chris has an issue with her.)

It is more understandable when one of these guys switches allegiance to Alyssa Milano. (Mark: I don’t see the mass appeal of Milano but this falls into the category of individual preference)

This documentary is an extraordinary look into the personal life (such as it is) of each of Jeff Turner and Kelly McCormick that is by turns sad, funny, creepy and always, always riveting.

We hope you take some time to be alone with this episode of VHS Rewind and discover this fascinating film.