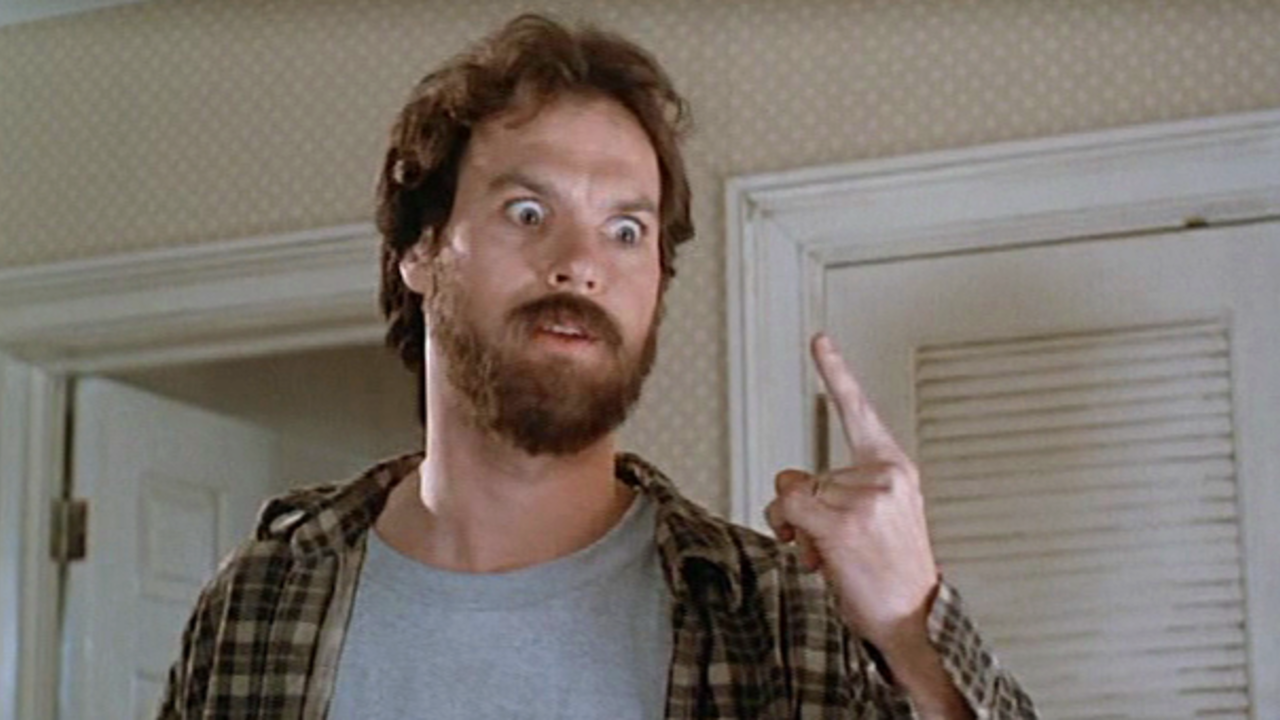 “My brain is like oatmeal! I yelled at Kenny today for coloring outside the lines! Megan and I are starting to watch the same TV shows, and I’m liking them! I’m losing it.” 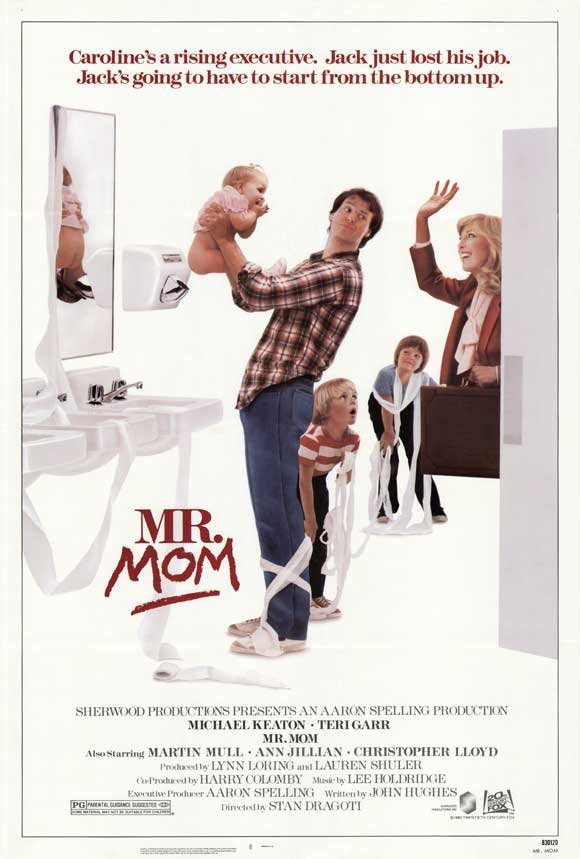 The central thesis of Mr. Mom originates from a completely chauvinistic or sexist premise: that either a woman cannot make money in a man’s world, or a man cannot adapt to the accepted (for the time) functions of a housewife in a small suburban community. Michael Keaton’s character, Jack Butler, even makes a bet with his wife Caroline (Teri Garr), after he is laid off, that he can get a job before she can. He loses the bet, and in-between looking for jobs, he has to take care of their three children and their home in suburban Detroit.

As Keaton’s character sinks further into his rut-inspired domestic depression, Caroline’s career soars at an advertising agency where she applies her acquired “home-making” skills to market products like Schooner Tuna. Jack soon learns he must sacrifice a portion of his life and ambition to keep the house and the children efficient. At a company picnic, he allows Caroline’s boss (Martin Mull) to win a race to protect her position at the firm. Caroline’s job requires her to take trips and log extended hours at the office, and the increasingly neurotic Jack starts to resent her. Sensing this impending acrimony, Caroline’s “frenemy,” Joan (Ann Jillian) starts making moves on Jack.

As Jack has to fend off the advances of his (admittedly) hot neighbor, Caroline has to deal with Martin Mull’s lechery; strange how their predicaments mirror each other. Jack is required to do the laundry, do the shopping, take the kids to school (negotiating the strange demarcations of the parkway in the process), contact neurotic exterminators, and TV repairwomen, as well as facing off with the feared vacuum cleaner nicknamed “Jaws.” The moral of the story appears to be a one-way street: Jack learns a valuable lesson about the difficulties of being a homemaker and the drudgery of suburban life. What does Caroline learn?

What could’ve been nothing more than a high-concept slapstick comedy with a television pilot narrative is made into something special; a very funny movie with enormously talented people both in front of, and behind the camera. Michael Keaton and Teri Garr play off each other with comedic brilliance. John Hughes’ autobiographical screenplay hits all the marks, and though Roger Ebert criticized the movie’s deliberately lightweight consistency (he doesn’t seem to get that the movie was made for the whole family), Mr. Mom does raise some interesting questions. The success of Mr. Mom precipitated Universal Pictures’ signing of Hughes for a three-picture deal in 1984.

How the times have changed! I’m a bit of a “Mr. Mom” myself. My wife works. I take care of our daughter. Take care of the house. I do the shopping. I pick up my daughter from school. I cook the food. I go outside and see dads pushing strollers around while their partners are out making the money in the hot city. I took to it immediately. She brings home the bacon, and I fry it up in a pan. Apparently John Hughes had a disastrous time taking care of his kids and was inspired to write a script based on his misadventures.