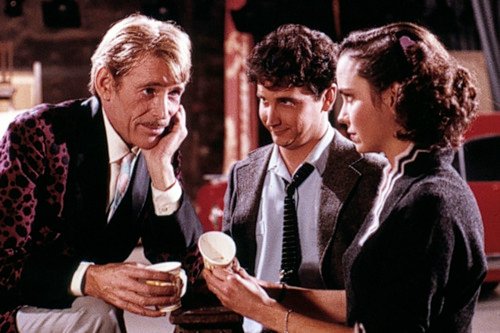 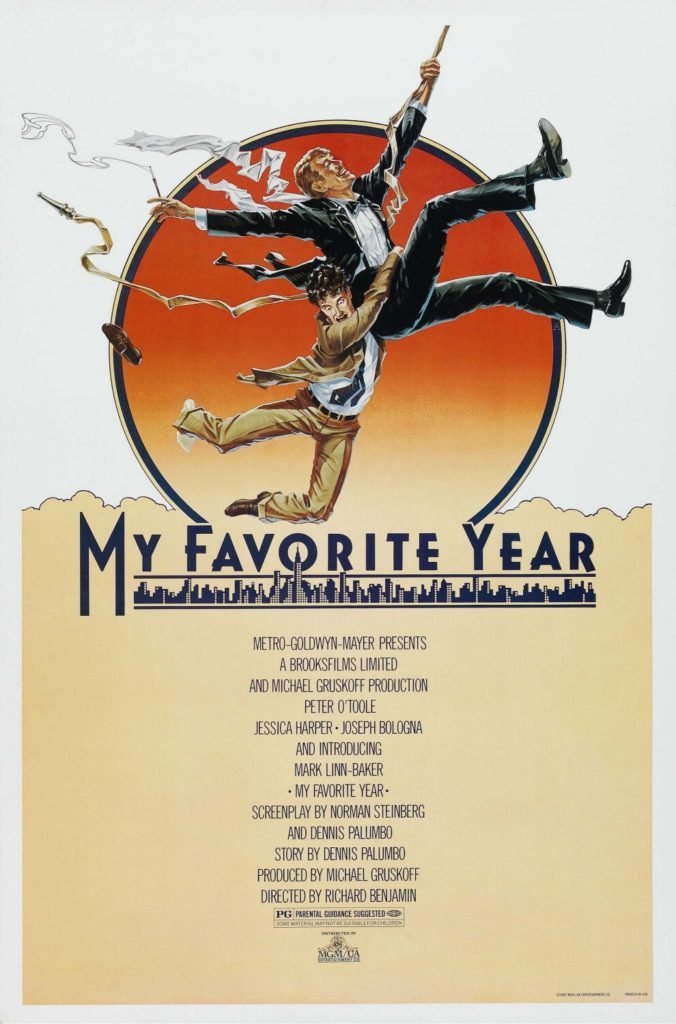 In 1954, amiable young nebbish Benjy Stone (Mark Linn-Baker) is a junior writer for the King Kaiser Comedy Cavalcade when his childhood hero, movie matinee idol Alan Swann (Academy Award-nominated Peter O’Toole) guest stars on the show. This is a dream come true for Benjy, but it quickly turns into a nightmare when Swann proves to be an immature drunkard and an unprofessional hack who can’t rise to this most auspicious of occasions. Swann is a has-been with a genuine shot at becoming relevant again, but as we know from recent news, movie stars are unlikable douchebags. Didn’t we always know that? Benjy is heartbroken to see that his hero is a skirt-chasing alcoholic, even as he assesses him with the filters of his youth. Joseph Bologna’s Stan “King” Kaiser is no saint either. An unrepentant jack-ass in his own right, Kaiser is deluded as to his comic chops, but what he lacks in talent he makes up for in his bravery. In strict defiance to crooked Union boss, Karl Rojeck (the great Cameron Mitchell!), Bologna portrays a popular parody of him on his show every week. Rojeck retaliates with intimidation and sabotage on his set.

When Swann shows up late (and drunk) for his first call, Bologna fires him on the spot. Benjy sticks up for Swann. Bologna agrees to take him back under the proviso that Benjy keep an eye on him for the duration of rehearsals and the show, which is to be broadcast live. Swann is wheeled into a posh hotel room at the Waldorf Astoria because nobody can trust him to stand on his own. He has “breakaway” clothing that can be easily removed as he refuses to undress for his bath. His able-bodied chauffeur clues Benjy in to Swann’s lack of funds, secret stashes of booze, and an strained relationship to his estranged daughter, Tess, who lives in Connecticut. Yet, as pathetic as he appears, Swann still knows how to fill out a tuxedo. Meanwhile, Benjy awkwardly pursues production assistant K.C. (Jessica Harper), who keeps shooting him down. Swann advises the young man on how to better improve his position with her. This is a 1954 romanticized by Benjy Stone; a New York City we only see in classic films. Big beautiful cars. Men and women dressed impeccably. Automats. Through a haze of nostalgia, we see that people behave very much (as written, that is) like they do today, especially with regard to the behavior of celebrities. 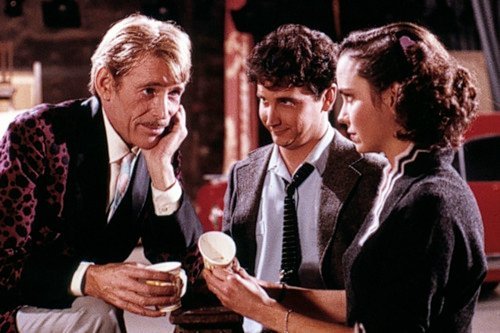 We get into the day-to-day details of working on a comedy show, and remember this was way before the trappings of 30 Rock (coincidentally where the Comedy Cavalcade is shot). There are some wonderful character beats. Lainie Kazan (as Benjy’s mother) wonders why her son would hide his Jewish heritage with a pseudonym. Anti-semitism being as prevalent back then as it is today required many people to hide their ethnicity behind banal surnames. Swann masks his profound depression with booze and flamboyant theatrics. Kaiser seems to suffer selective Tourette’s and the only way to calm him is to hit him over the head with his script. Benjy’s affection for K.C. borders on harassment in turns with his jealousy and obsession, but then he arranges for a big dinner of Chinese food (boxes filled with dumplings) in the office, which is sweet, and then he charms her with his tutilege on how to properly tell a joke. They screen old Alan Swann films and he annoys her by reciting the dialogue verbatim (a tactic I use to annoy my long-suffering wife). Luckily, she shuts him up by kissing him (a tactic my wife uses to shut me up sometimes). The film moves along briskly and Swann excels at rehearsals. Benjy takes Swann home to meet his bizarre family in Brooklyn. 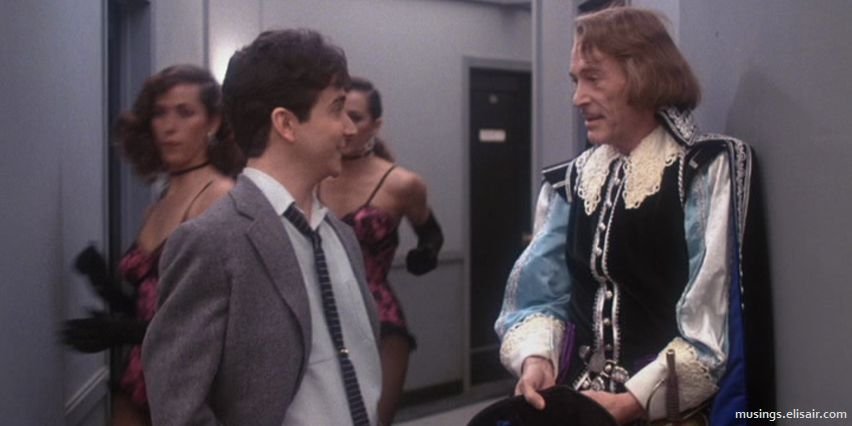 When pressed by Benjy’s Uncle Morty about the latest gossip surrounding him, Swann confesses, “People like me wear targets. I’m blamed for a lot of things I had absolutely nothing to do with. On the other hand, because of who I am, I get away with murder in other areas. I suppose it all balances out in the end.” As he is idolized and fawned over by Benjy’s family and residents of their apartment building, Swann becomes depressed and must drink. The morning after, Swann absconds with a police officer’s horse and takes Benjy for a galloping tour of Central Park. Benjy encourages him to repair his relationship with his daughter. Swann hilariously freaks out when he realizes the show is to be performed live rather than taped. Rojeck and his goons crash the live broadcast and Swann with Bologna fight off the bad guys in front of a thrilled audience. This is a fun, charming movie produced by Michael Gruskoff for Mel Brooks’ Brooksfilms, directed by Richard Benjamin from a script by Norman Steinberg and Dennis Palumbo. It was a wise move to have Benjamin direct the movie rather than Brooks, as Brooks would, most assuredly, have placed more emphasis on the sight gags and comedy and less on the living drama O’Toole summons in his performance. Benjy’s sunny epilogue feels out of place. The movie is populated with character actors from Brooks’ (and colleague Carl Reiner’s) movies. This is a refreshing change of pace from last week’s dismal Misunderstood.