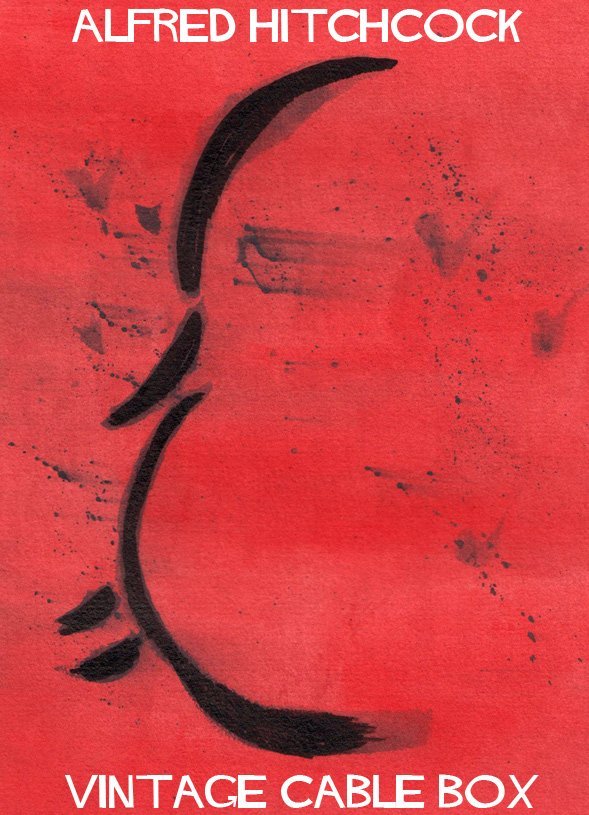 “Nothing has caused the human race so much trouble as intelligence.” 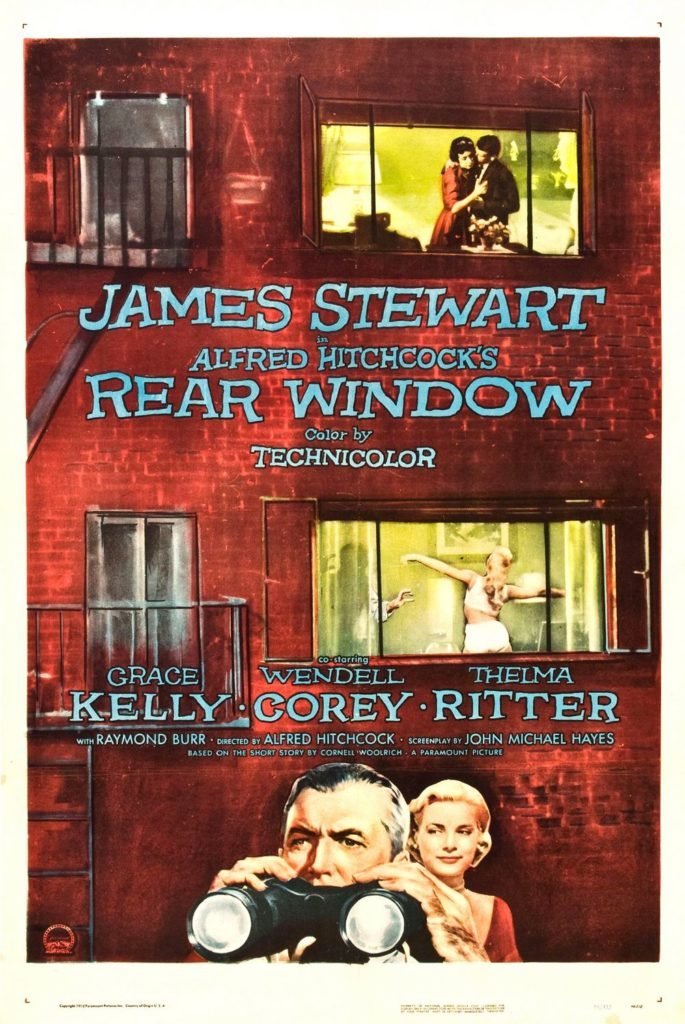 Freshman year of high school, we had a cocky, smarmy English teacher who enjoyed watching us fumble through Shakespeare, and apparently lived to correct our pronunciations of various phrases and outdated language. In the middle of the semester, he directed our school play, It Had To Be Murder!, based on the Cornell Woolrich story, which would also be adapted as Rear Window. I read for the part of “Jeff”, but was given the part of Doyle, “Jeff”s” cop buddy, who ignores him and lectures him on the U.S. Constitution. Our teacher had an interesting take on how to tell the story. He wanted us to pretend there was an enormous window at the edge of the stage, and when the principal characters are looking at what they think is a murder, we’re actually looking out into the audience. Where “Jeff” is supposed to fall from his window into the courtyard, he simply falls off the stage. The actor playing him, ironically, shattered his coccyx, but luckily he didn’t have to do an encore.

James Stewart is our “Jeff” for this movie. He plays adventurous photographer, Lionel “Jeff” Jeffries who, when he isn’t convalescing (with a broken leg set in a heavy cast) in his tiny one-room apartment in New York’s Greenwich Village, or dodging his gorgeous girlfriend’s demands for a more serious relationship, enjoys peeping on his neighbors across the courtyard. He even has nicknames for them: Ms. “Lonely Hearts,” Ms. “Torso,” etc. Traveling salesman Lars Thorwald (Raymond Burr) seems doomed to care for his sick wife forever until one night, as “Jeff” drifts off into sleep, he hears (or thinks he hears) the sound of breaking glass and a woman’s scream. The next day, Mrs. Thorwald is nowhere to be seen, so he starts putting pieces together. At first, his girlfriend, Lisa (Grace Kelly) doesn’t believe him, but then she starts putting her own pieces together. His Nurse, Stella (hilarious Thelma Ritter), is all in and begins to speculate about what Lars did to conceal the body.

Lisa’s big pitch is Mrs. Thorwald’s purse. There’s no way she would leave her purse behind if she were going on a trip (this is Thorwald’s alibi to Doyle). My wife always disagrees with her line of reasoning. Maybe she just doesn’t like being pigeon-holed, but it is a woman doing the pigeon-holing, for what it’s worth. Try as he might, “Jeff” can’t convince Doyle to launch an investigation. Doyle tries to tell him about the difficulties of obtaining a search warrant, so “Jeff” puts the two women in his life in danger by sending them out to dig up the garden where they suspect Thorwald has buried his wife’s body parts. Lisa takes it one step further by breaking into Thorwald’s apartment, where she finds his wife’s wedding ring! This is very exciting and suspenseful, especially when Thorwald realizes somebody is watching him from an apartment directly opposite his across the courtyard! You’re seriously on the edge of your seat watching this as it unfolds. 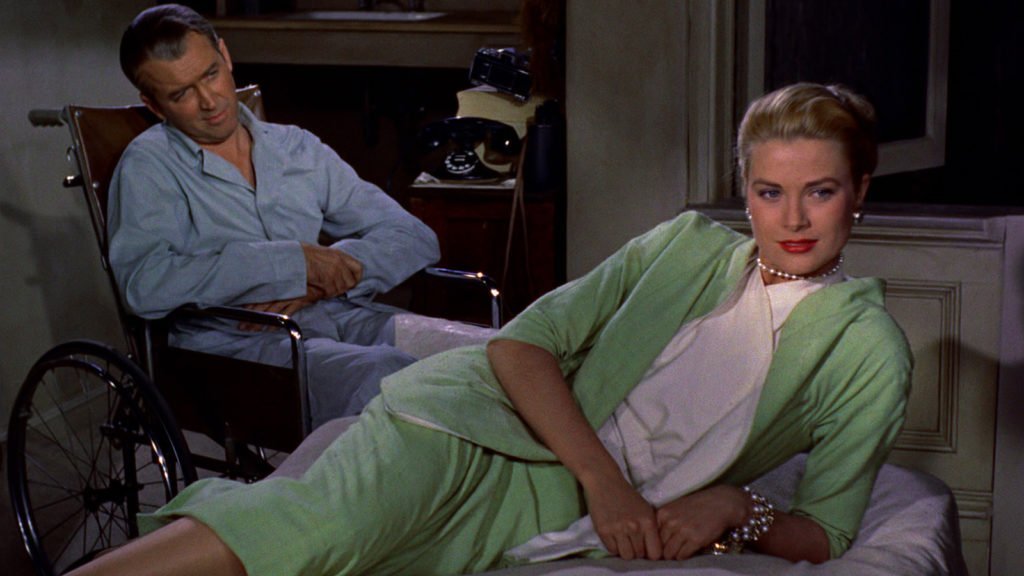 There are beautiful character moments in Rear Window. Lisa (and Thelma’s) bravery in the face of “Jeff’s” obvious impotence in the situation; constricted by a wheelchair and a broken leg. The sarcasm and quick humor of everyday New Yorkers. Lisa and “Jeff’s” near-constant arguments and debates about their relationship and “rear window ethics.” “Jeff” is somewhat turned on by his girlfriend’s courage. What’s even more staggering is that all of this occurs within the confines of a tiny New York apartment. This is a fantastic movie and goes in my top five of Hitchcock movies. Speaking of five Hitchcock movies, August marks Alfred Hitchcock Month on Vintage Cable Box, wherein I will review the five movies (the “missing Hitchcocks” or the “forbidden five”) that were re-released in 1984, and then shown on cable the next year. These were the movies that introduced me to Hitchcock.

Special thanks to Bronwyn Knox for supplying the artwork.