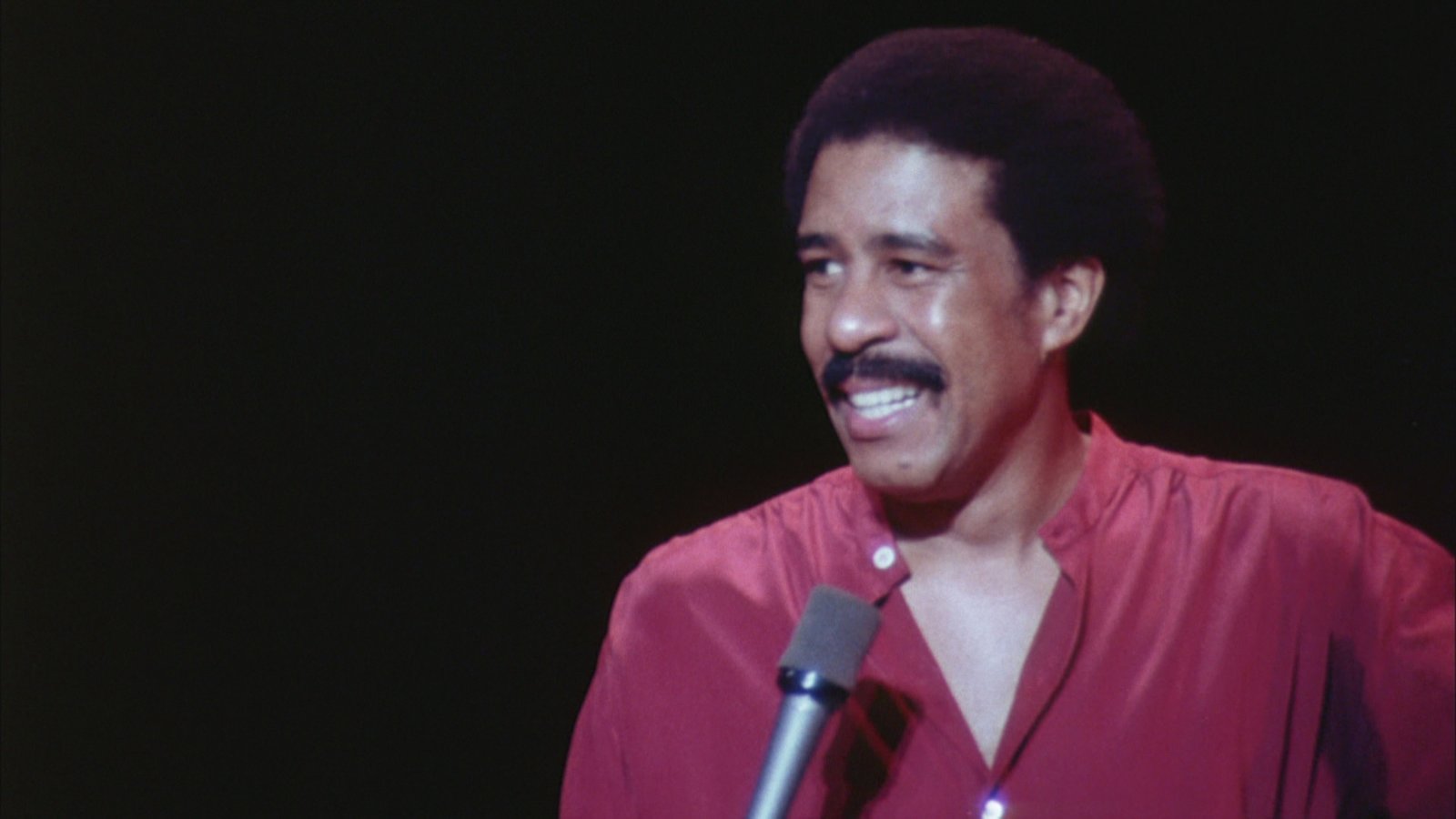 “What-choo takin’ my picture for? Who you gonna show it too? ‘I got a picture of Richard Pryor!’ ‘Who gives a fuck?’ Sit yo ass down! Motherfucker, sit down! You know you ain’t got no film in the camera. You just bullshittin’ just flashin’, ain’t nothin’ flashing. Sit yo ugly ass down!” 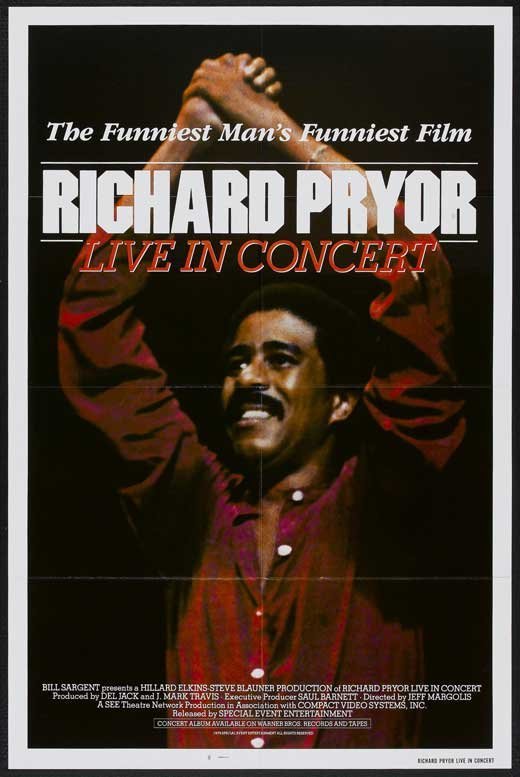 Comedians (Jon Stewart among them) have long made reference to a “holy trinity” of stand-up comedy, Lenny Bruce, Richard Pryor, and George Carlin, who had paved the way for modern comedians to practice their particular skill. The stand-up comedian tells a story, transforms the story into a joke, and waits for his or her audience to respond, often with laughter. Lenny Bruce is a bit before my time, so I understand the variations of Bruce and the evolution of his humor with Carlin. Carlin’s emphasis in his performance was in the machinations and manipulations of our common language. Bruce, from what I’ve seen and heard, placed his emphasis in shocking the audience; much like the way modern comedians shock their audiences. Richard Pryor’s considerable talents are invested in heartbreak, isolation, and anguish.

To say I was shocked, or floored into submission to Pryor’s incredible brand of levity upon first seeing Richard Pryor: Live In Concert would be a dramatic understatement. I had never, ever seen anything like this before, and most likely, will never see it again; even as more and more comedians attempt to shock and inspire us. Louis C.K. came close, but, compared to Pryor, he is a pale imitation, and a pretender (as talented as he is) to that specific throne. When I say I was floored, I mean (upon first viewing) I was on the floor, laughing so hard it hurt. This is the funniest (hence the greatest) stand-up comedy film I have ever seen. The film is a moody, unpretentious, raucous journey through the life and personal turmoil of a man with failings; either in his personal life, or in his difficulties as a husband, and a father, or professional foibles as an entertainer. Yet, he can make you think, and make you feel good about yourself.

The Terrace Theater in conservative, predominantly white Long Beach, California sets the stage for the invasion of Pryor. He even makes fun of his predicament; to see a swarm of his black fans among his white fans shows that comedy can bring us all together. To see whites laughing alongside blacks (with no virtue signalling or judgments being made from either party) makes me feel good. It gives me hope. Language being more elastic in 1978 as opposed to these heady times, he makes repeated and unrepentant use of the “n” word, and despite what Ice Cube thinks about the subject, no one person or group can own a word, and to take that word away is to take away our understanding and appreciation of the word, as delivered with the master craftsmanship of Richard Pryor. Pryor would recant somewhat in later years for his liberal use of the word, but he railed against censorship, even when it was self-imposed. These words belong to all of us. It’s just that some people are better at using them. Pryor’s humor was rooted in his danger, his capacity for self-deprecation, and his emotional and chemical dependencies. 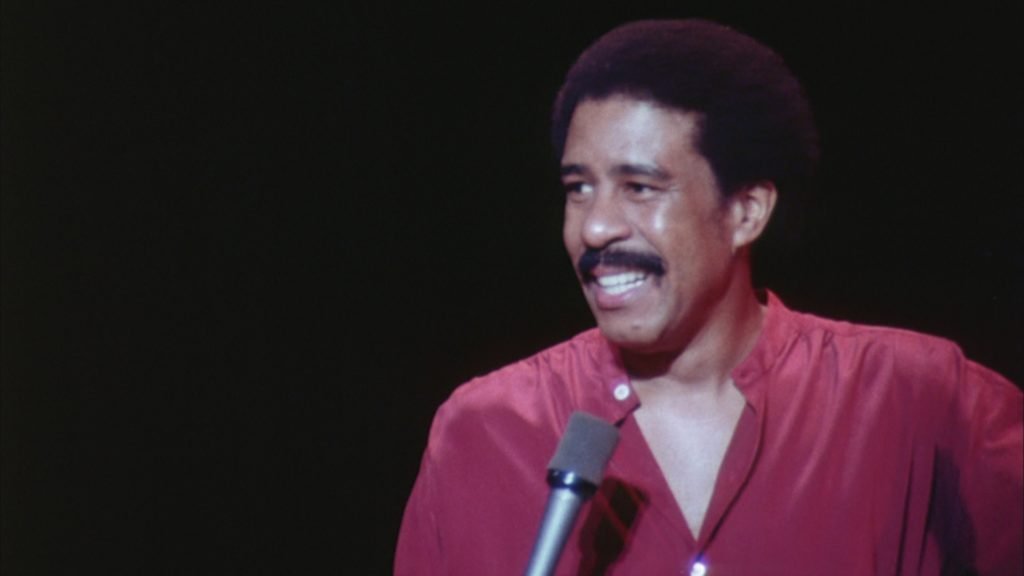 Pryor tells stories about his family; growing up the child of an extended poor family in Peoria, the tutilege and discipline (“Go get me something to beat yo ass with!”) of his grandmother, the bizarre wisdom of his father, and his various brushes with death. He speaks of an experience where he had suffered a heart attack, and thought he had died. In the hospital room, he opens his eyes and sees a bunch of concerned white faces looking down at him and he thinks, “Ain’t this a bitch. I done died and wound up in the wrong motherfuckin’ heaven.” In this new age of heckling and overly-sensitive, unoriginal comedians, Pryor works with ease, talks to the crowd; even when interrupted by his adoring fans, he engages them and you feel that there is no wall between him and the people in the seats. He completely owns the Terrace Theater. Comedy seems to be such an incredibly subjective art (horror movies are the same – they live or die based on our direct, subjective impressions of either what’s funny or what is terrifying to us) that everybody’s top ten lists on the subject will be different person to person, but Richard Pryor: Live in Concert is always on everyone’s list.