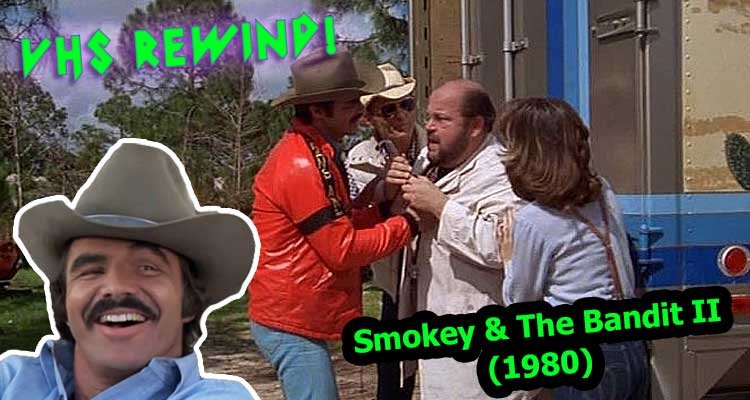 Breaker 1-9, Breaker 1-9, any good buddies out there got their ears on, come back? This here is Ghost With The Most talkin’ at ya…my 10-20, I’m 10 in the wind on I-95 just outside of Bingotown, if anybody is around these parts and sees me and my chicken truck (it’s the one with a “VHS Rewind” logo on one side and a drawing of The King Mr Elvis Presley on my tail), just give a holler on the horn or give me a squawk on the ole box here…I ain’t seen any Smokey Bears for a while now, I saw a Smokey with a Customer around Albany…I think that driver caused a 10-42 (saw a Dung Beetle all beat up and a Draggin Wagon about to take her away)…that bear was a Miss Piggy and from what I could tell, she was one fiery spitfire, I tell you, she got that driver down on the ground next to his wiggle wagon, and I mean hard, and cussin’ and fussin like nobody’s bizness, I could hear her clear into my cab right through The King Mr Elvis Presley singing “Burnin’ Love”…It’s a good thing about my not seein’ any local yokel super troopers cuz I’ve been bear bait for a while now, my rig turned into an angry kangaroo ‘bout 50 miles back and I been testin my luck that some Starsky and Hutch is gonna pull me over so I’m gonna turn into the next pickle park…that way I can take a 10-100 and drain my dragon and get some go-go-juice and maybe grab me some hundred mile coffee and also give a listen to the latest episode of the goddamdest podcast that ever kept a feller company on these lonely roads, VHS Rewind (its why I named my skateboard after them fellas)…anyways, they are wrapping up their summer Burt-a-Thon (in September!) where they been eyeing some films starring the king of the hick films, Mr Burt Reynolds, and the latest episode of the podcast features SMOKEY AND THE BANDIT II, the sequel to one of the greatest films ever made, every last one of ‘em (altho maybe it would have been better if it starred The King Mr Elvis Presley)…I aint seen SMOKEY AND THE BANDIT II in a long time but I know those boys (their names are Mark and Chris, by the by) goin be talkin about every last inch of it and its gonna make me itchin to see it again…that’s the way those boys roll, they could talk about any film and I just wanna lay eyes on it…anyway, anyone else out there a fan of the king of the hick films, Mr Burt Reynolds, tune into this podcast on your travels on the road, take a listen to the SMOKEY AND THE BANDIT II episode, and then hit me up with your jawing about this flick or any other flick featuring the king of the hick films, Mr Burt Reynolds, I should be 10-10 on the side in an hour or so…I think the boys at the podcast would love to hear your thoughts on SMOKEY AND THE BANDIT II or any other flick featuring the king of the hick films, Mr Burt Reynolds, so be sure to send them an email (yeah, I don’t know what that is ‘zactly, I just know CBs)…awright all, there is my rest stop, I’m turning in (lots of nice lot lizards here), so I am sending 3s and 8s to y’all, 10-7 good buddies…