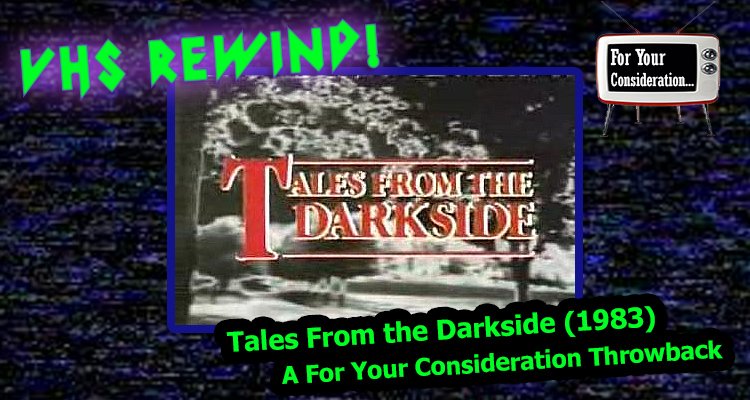 VHS Rewind!
Tales From the Darkside (1983) - From FYC Archives

In this throwback from the FOR YOUR CONSIDERATION podcast archives, We have another Halloween treat for you! Chris and I discussed the fun and mesmerizing horror TV series created by George A. Romero, Tales From the Darkside which aired 37 years ago today on October 29th 1983!

We hope you all have a Happy and Safe Halloween.

“Tales from the Darkside is a 1980s American anthology horror TV series created by George A. Romero. Debuting in October 1983 with a pilot episode and then being picked up for syndication in September 1984, the show ran for 4 seasons through July 1988. Each episode, aired originally by Tribune Broadcasting late at night, was an individual short story that often ended with a plot twist. The series’ episodes spanned the genres of horror, science fiction, and fantasy, and some episodes featured elements of black comedy or more lighthearted themes.”