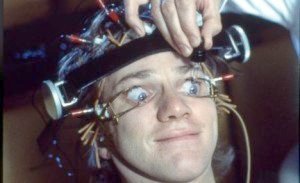 I remember one time I was talking to a friend. He went to the movies every week, sometimes two or three times. He saw everything! I mean everything, like even the worst possible entertainments imaginable. He’d tell me all about these movies he would watch. He didn’t always buy popcorn, which was interesting. He’d just sit there, in the dark, sometimes alone because he would go to matinee showings, early afternoon, early morning, in the middle of the night.

Years into this, I notice the pattern. I finally ask him, “why do you go to all these movies when you know they suck?” He looks at me, says very simply, “It gets hot in New York in the summer and I don’t have an air conditioner!” Oh. Okay. I get it now. I thought about my friend last night when I was watching the Oscars. The show was nothing to write home about; self-congratulations, lots of fear, lots of political and social anxiety. Lauded, compelling young actresses “debuting” new hairstyles – I love that! Now I can go the barber, get my hairs cut and then debut the ensuing, unwieldy mass on my scalp! Lots of ridiculous dresses (reminds me of the time somebody asked Jamie Gumb whom he was wearing, and he said, “a great big fat person”). Heaping handfuls of gay men pretending to be straight for some reason. Like I said, nothing to write home about …

Cheryl Boone Isaacs, the president of the Academy of Motion Picture Arts and Sciences (I wonder if she’s making less money than Jack Valenti – don’t make Patricia Arquette angry!), came out and laid this little nugget on our laps:

“As we stand on this stage with the eyes of the world upon us, we as a filmmaking community have a responsibility, a responsibility to ensure that no one’s voice is silenced by threats.”

Really? Did she just say that? I laughed. My daughter rolled her eyes. She knows what I’m thinking. It’s interesting that this statement would be made when a company like Sony cowers in a urine-soaked corner of the room like a neutered poodle afraid to unleash another Rogen/Franco stoner movie on the general populace. Instead they go the video-on-demand route; a sort-of passive-aggressive way to release a movie, don’t you think?

Let’s go back to responsibility. Yes, I understand when you’re making a movie that might be politically charged, perhaps a devastating social statement or something, you might want to get it right, but responsibility doesn’t nest in the filmmakers’ hands like an endangered species of bird. The studios are the structures with pre-eminent power, either to release a movie, or bury a movie. 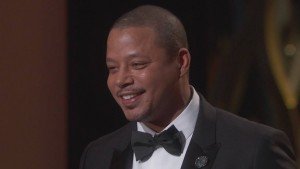 If there is one thing filmmakers should be responsible for, it must be to entertain the audience – something they very rarely accomplish, but they get paid either way – so go figure. Such is the nature of art. “Art”, being subjective, never gambles on the actual notion of being a failure or a success. It tends to be all based on sales. For example, there’s a movie or television product you think is brilliant, and then somebody else will turn around and proclaim it crap. That’s how anything works when it based on a singular interpretation of the material.

One more thing about filmmakers with political and/or social responsibility notches on their respective belts. Stanley Kubrick tried to be politically responsible – by essentially making a movie for an irresponsible populace who proceeded to send him death threats to the point he had to ban his own movie. Theo Van Gogh made a movie about the treatment of women in Islam. He was stabbed and shot multiple times. Kevin Smith made a goofy comedy about God. He got death threats. If you ask me, filmmakers need to stop being socially or politically responsible, lest they become the targets of more idiotic violence.

So the Academy pays unnecessary lip-service, slaps itself on the back while the “eyes of the world” turn away unimpressed, and people I know still go to the movies just to get out of the heat. Beats having high electric bills.