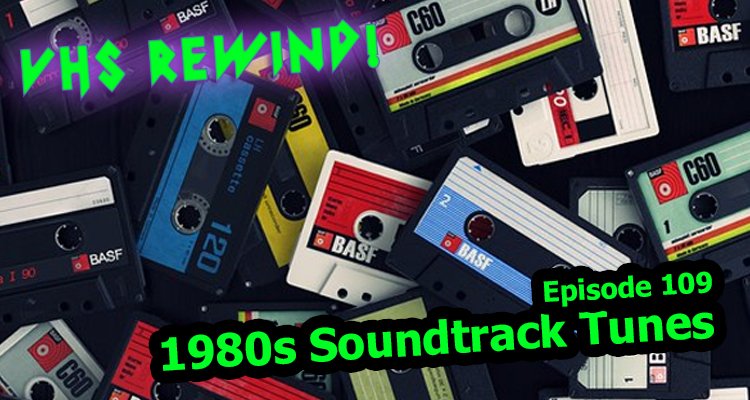 “VHS Rewind hopes that everyone is doing well and staying healthy during these crazy times.

We are presenting another all-music show, this time focusing on 1980s soundtrack songs.

Here are some of the ground rules: the song must have appeared (i.e. been heard) in a 1980s movie and/or its must have appeared on a soundtrack album for that movie (sometimes it was one or the other). We didn’t take the easy way out (no BEVERLY HILLS COP tunes; no FLASHDANCE tunes, no FAME, no “Power of Love” from BACK TO THE FUTURE). We went for deep, deep, deep cuts on the choice of movies and the songs to feature.