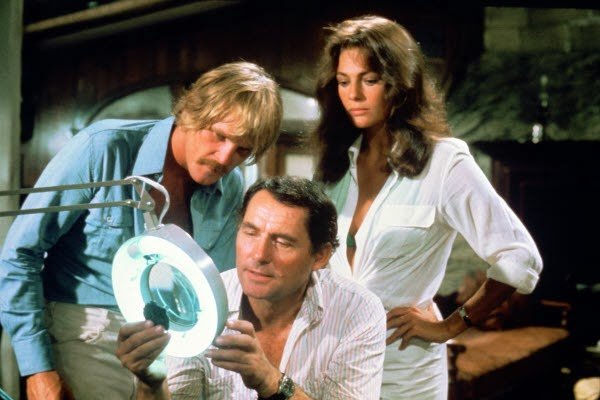 “If his tongue moves again, CUT IT!” 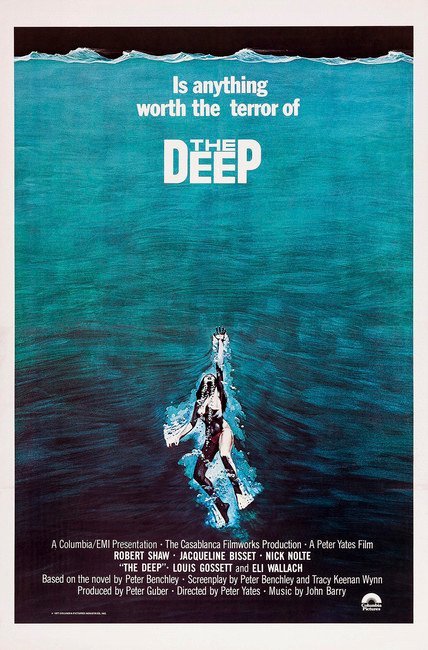 While scuba-diving in Bermuda, good-looking couple Nick Nolte and Jacqueline Bisset discover trinkets from a sunken Spanish galleon and curious ampoules of amber-colored liquid (later revealed to be medicinal morphine) from a warship called the Goliath.  They take their finds to freelance adventurer Romer Treece (colorful Robert Shaw), who feigns disinterest, but absconds with their morphine.  They run afoul of local drug dealer, Haitian Henri “Cloche” Bondurant (mustache-twirling Louis Gossett, Jr.), who terrorizes them with voodoo and warns them to leave the island.

Anybody who reads me regularly (or has read my A Year of Vintage Cable Box special commemorative article) knows I had a serious crush on Jacqueline Bisset as a result of her scantily-clad appearance in this movie.  The wet t-shirt scene at the beginning of the movie is breathtaking.  Treece shelters the couple as they set about studying ship logs and manifests so that they can trace the “provenance”, or the chronology of the ownership, custody, or location of a historical object.  While Nolte and Bisset are more interested in uncovering secret treasures from the deep, Gossett, Jr. simply wants the morphine so he can make heroin and push it in the States.

Treece makes a side deal with “Cloche” provided he leave the young couple alone. He’ll find the morphine in exchange for a million bucks. “Cloche” is looking to protect his own interests, so he bribes Treece’s associate, Adam (Eli Wallach), the last survivor of the wrecked Goliath, who, in turn, betrays Treece and the kids for a cut of “Cloche’s” action. Treece and the kids have to do some detective work (they didn’t have a Google back then). Bisset discovers the jewels were secreted on a French tobacco ship where they were to be sent to mystery woman, “E.F.” (the Dutchess of Parma) as a dowry for a proxy marriage to the Governor of Cuba. 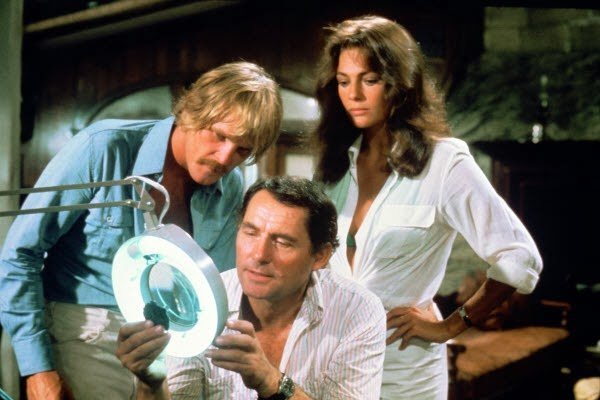 The Deep is exciting adventure filmmaking.  A modestly successful follow-up to author Peter Benchley’s Jaws (though nowhere near as popular at the box office), The Deep was shot on location in the British Virgin Islands near the sites of actual shipwrecks.  The underwater scenes are some of best shot for movies of the time.  Nolte and Bisset make for a sexy couple, and Shaw’s presence in the movie provides credibility.  His Romer Treece is an interesting variation on Quint, the eccentric shark fisherman of Jaws.  Peter Yates would go on to direct Krull in 1983.