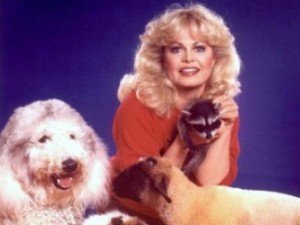 Gloria Stivic is an unusual entity. Pampered, spoiled, precocious; Gloria (as played by Sally Struthers) represented the tenuous bridge between liberal husband Michael “Meathead” Stivic (Rob Reiner) and conservative (although by today’s standards, libertarian) father Archie Bunker (four-time Emmy winner Carroll O’Connor). Both male characters attempted to mold Gloria to fit their image, and both never seemed to succeed (possibly because she was more like her mother, Edith, than either of them). In some ways, Gloria entertained old school concepts of womanhood balanced with more progressive ideas. She was the breadwinner in the house while Michael pursued his academia.

It would seem to write itself that Struthers would get her own spin-off. “All in the Family” yielded several spin-offs in the ensuing years (“The Jeffersons”, “Maude”, “Good Times” among them) and Gloria was an uncommonly popular character for the time. “Gloria”, premiering in 1982, plays as a series of leftovers and hand-me-downs – even the sets are evocative of shows running at the time. The living room looks like a redress of Archie’s living room in “All in the Family”, and the kitchen resembles the set used for “Family Ties”.

“Gloria” begins, ostensibly, as she unpacks for a new life in Fox Ridge (although officially more of a planned community in Google Maps, it’s actually right off the Northern State) where she takes a job as Veterinarian’s assistant. The veterinarian is played by the great Burgess Meredith. This high-concept premise seems like it was written by committee. I get the feeling different ideas were being thrown against a wall. We have a wry, impish old man. We have a cute kid in little Joey, Gloria’s son. We have the single mother struggling to make ends meet (like “Alice”). We have the dizzy supporting characters, most of them men. We have a dog. Instant television series!

“Gloria” is why I hate most sitcoms. The forced laughter and applause. The contrived situations. There’s nothing natural here, either in occurrence or development. The Christmas episode, “Miracle At Fox Ridge” feels more like a lump of coal in a dirty sock than a handsomely-wrapped box with a homemade bow. There is no actual miracle, unless you count the snow at the end of the episode. But this is New York on Christmas. It’s happened before, so it ain’t exactly a miracle.

Basically, it’s hard out there for a single mom. Gloria has ditched “Meathead”, or the other way around, packed up and gone back to New York. Little Joey wants a bicycle for Christmas, but Gloria tells him not to get his hopes up (nice holiday message there, huh?). Pretty routine. Little Joey (he’ll always be known as “little”, I don’t care how old he is now) gets his bike and we’ve all learned a valuable lesson. I think. I’m not sure.

For all her whiny, annoying qualities as an actress, Sally Struthers does manage (much like Jean Stapleton’s Edith) to impart common sense through her dizzying histrionics. This is something most actors and characters on newer television shows cannot manage. So here’s to “Gloria”. 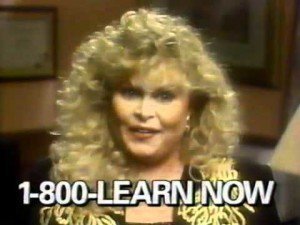