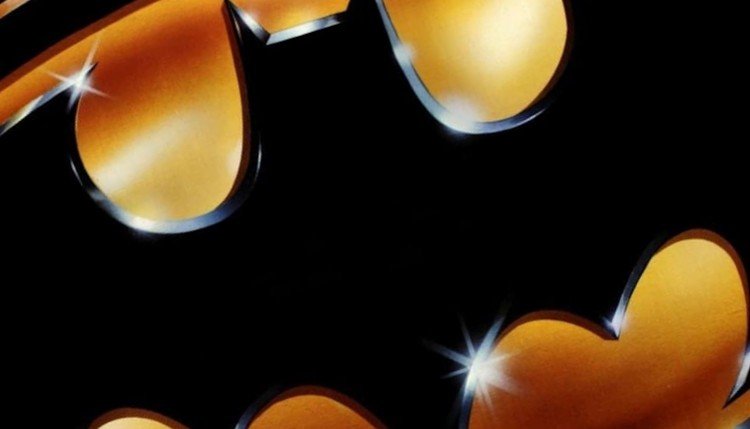 “This town needs an ENEMA!”

You’d think after the successful roll-out of Superman movies starting in 1978, every studio would be knocking on the doors of Marvel, Detective Comics, Atlas, Apex, Gold Key, Archie, Tower, or Eclipse to get some kind of comic book-based franchise off the ground. It didn’t happen in a big way. If it did happen, it was a one-off deal and didn’t make any money, or enough money to justify carrying the bucket back to the well. Superman was an enigma. Two movies were shot back-to-back on a combined budget of $109 million with a box office take of $500 million, which was quite an achievement in the late ’70s/early ’80s.

Producer Pierre Spengler clashed with original director Richard Donner and Alexander and Ilya Salkind fired Donner. Richard Lester was brought in to finish shooting. He would go on to direct Superman III. There were a handful of comic book-based television shows at the time: Wonder Woman, The Incredible Hulk, Spiderman, Captain America, among them, but big budget movies wouldn’t become mainstream until the ’90s. Even Tim Burton’s Batman didn’t usher in a new era. He had two big movies under his belt for Warners. He brought back Beetlejuice’s Michael Keaton to play the Caped Crusader*. 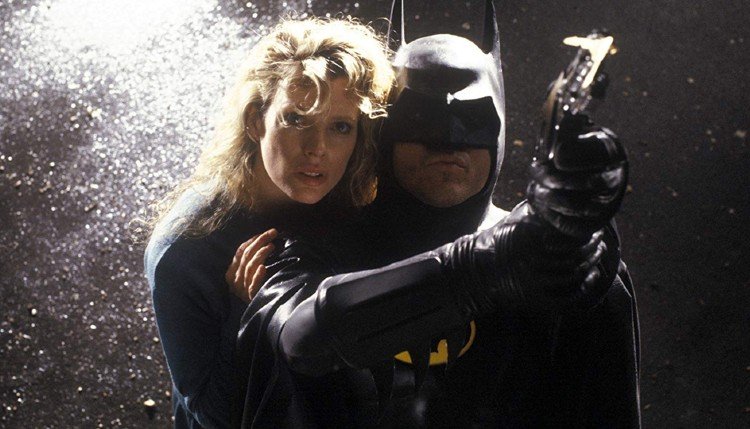 I remember this decision being the subject of incredible controversy. Keaton was viewed as a comedic actor because of his roles in Night Shift, Mr. Mom, Gung Ho, and Beetlejuice, and it is true that after Batman, he would take on the occasional comedic role (i.e. Multiplicity). Batman allowed him to spread his proverbial wings, and he would appear in more dramas over the years, such as Clean and Sober, One Good Cop, My Life, and Birdman or (The Unexpected Virtue of Ignorance). He would appear in two Batman movies for Tim Burton, swiftly exiting the franchise when Burton bowed out because he, like Burton, sensed the Batman franchise was more about the supervillains than it was about the “winged freak” (as the Joker calls him).

Gotham City is under siege, not only from criminals but also a vigilante dressed up as a bat. Upper echelon thug Jack Napier (Jack Nicholson) works for Carl Grissom (Jack Palance, lotsa Jacks). Grissom, through corrupt cop toadie Erhardt, gets wind of Napier’s after-hours activities with Grissom’s mistress (Jerry Hall), and sets him up to be nailed by the cops at the Axis Chemical Plant. “The Bat,” as he is initially known, gets in the middle of the kerfuffle between Napier’s gang and the cops. 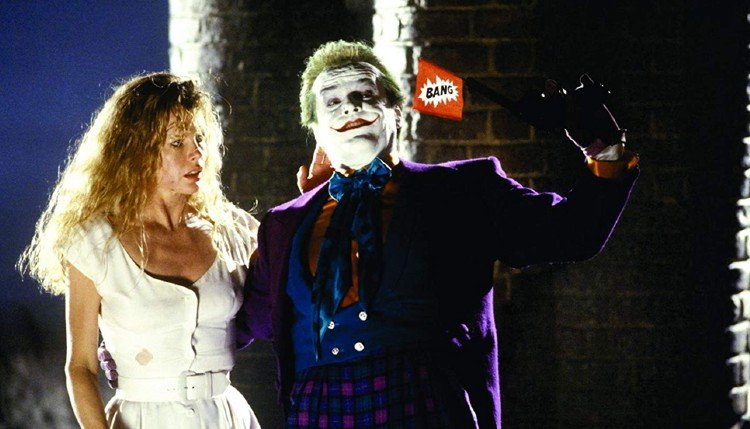 Napier falls into a vat of chemicals and is presumed dead until he reappears as “Joker” (and, as you can see, he’s a lot happier!). Nicholson steals the show (for which he earned a $6 million salary as well as profit participation amounting to an additional $90 million!) because he gets all the best, most memorable lines. The Joker exacts revenge on Grissom and becomes a big-time gangster and “the world’s first fully functioning homicidal artist.” He makes art until someone dies. See? He also has his eye on Vicki Vale (Kim Basinger), celebrity photojournalist, who collaborates with reporter Alexander Knox (Robert Wuhl) on stories about the Batman; stories that Gotham’s police department vociferously denies.

This complicates her relationship with billionaire playboy, Bruce Wayne. Burton’s defiant ignorance of comic book canon is what sets his Batman apart from all other adaptations. The look of the film may borrow from many different sources (Blade Runner and Metropolis among them) but it still remains Burton’s movie as well as a definitive adaptation that sets a benchmark for future iterations. Kevin Smith spoke of the “summer of Batman,” and he wasn’t wrong. Batman shirts were in evidence everywhere, and Prince’s soundtrack album hit #1 on Billboard’s top 200. The movie was so profitable, Warners released the movie “sell-thru” on video in November of 1989 and sold millions of copies. I still have my original VHS, which I purchased (brand new) for ten bucks!

“Mistletoe can be deadly if you eat it…
… but a kiss can be even deadlier if you mean it.”

I don’t know whether Warners locked Tim Burton into a second sequel as part of an overall deal, or if Burton embraced the idea of making another Batman movie because he had the opportunity (and creative freedom) to make the movie his way. By “his way,” I mean injecting all of those subversive “Burton-esque” elements we’ve come to expect from his output.

Batman Returns is a “dark carnival of the soul” in a very literal sense, because as Gotham celebrates the Christmas holiday, the Red Triangle gang moves into town under the guise of a traveling carnival. Danny DeVito’s Oswald Cobblepot sets up a fictional “hero arc” by rescuing the Mayor’s (Michael Murphy) baby and then making it known to the Press and public that he wants to find his parents who had abandoned him when he was a baby.

In reality, Cobblepot controls the Red Triangle gang and uses them to create chaos on the streets of Gotham City so he can emerge as a hero while simultaneously discrediting Batman (Michael Keaton), and making a bid for mayor with the guidance of sleazy developer Max Shreck (Christopher Walken). In additon, he wants to abduct all of Gotham’s first born children. (Whatever, he’s a psycho.) Shreck’s secretary, Selina Kyle (Michelle Pfeiffer) goes mad after Shreck drops her out of a window and she becomes Catwoman (still the best Catwoman, in my opinion, of the entire franchise). 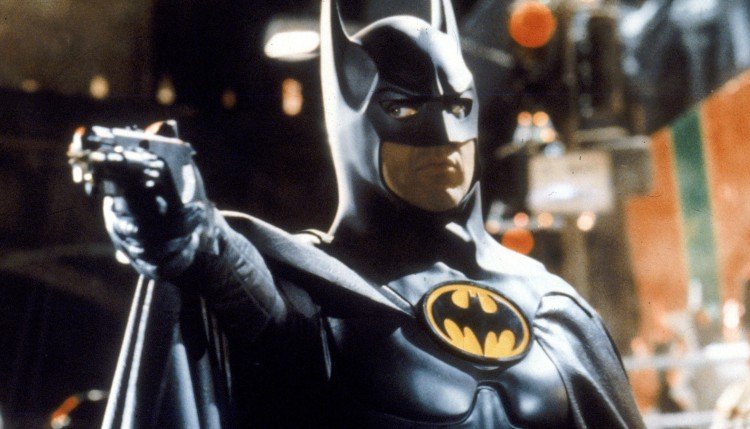 While Batman juggles the Penguin and Catwoman, Bruce Wayne must deal with Cobblepot and Kyle—all alter egos to be sure, and an interesting twist to the superhero story. Still it wasn’t enough to keep Burton interested. His previous movie, Edward Scissorhands, was a modest hit for 20th Century Fox, and Burton wasn’t keen on directing a continuing franchise.

By all standards, sequels of this time yielded diminishing returns, although Joel Schumacher’s 1995 follow up, Batman Forever, would outperform Batman Returns (with a higher production budget, mind you). I remember the response to Batman Returns was less than favorable. Critics railed against Burton’s dark imagery and audiences were not as impressed with DeVito and Pfeiffer as they were with Nicholson, and with Batman/Bruce Wayne being relegated to a supporting role in his own movie, there wasn’t much to recommend for this expressionistic excursion into comic book adaptations. 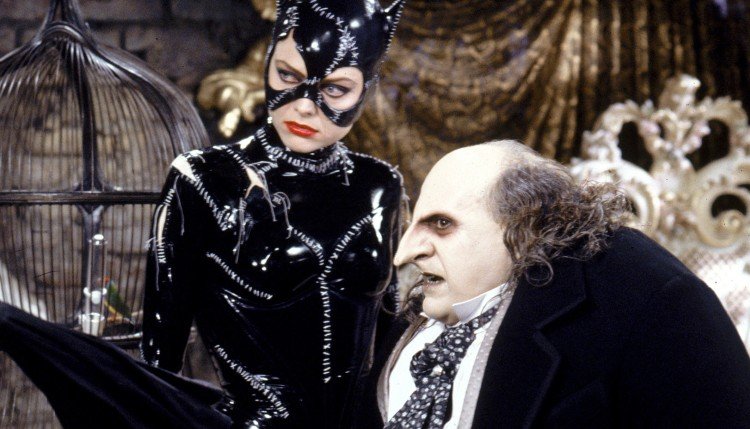 There was a transition in the dialogue of the supervillains that recalled some of the more “campy” aspects of the 1966 television series starring Adam West and Burt Ward. Schumacher would go full-blown camp for the sequels. For my part, I enjoyed this sequel. I didn’t have the best seats in the theater. We were pressed right up against the screen. It was a full house that night and I was so close to the screen, I could see right up Michelle Pfieffer’s skirt.

It’s not as wonderful as it sounds. I’ve never understood why architects put seats so close to the screen. I had the same experience seeing Wonder Woman a few years back. My back hurt for a week both times. Burton would move on to greener pastures and Ed Wood, but he would produce Batman Forever for Joel Schumacher, starring Val Kilmer as the Caped Crusader.

*It should be noted that while Bob Kane is credited as the creator or “co-creator” of Batman, Kane’s contribution appeared to be nothing more than the name, “Batman.” Bill Finger created all other aspects of the character and the situations he would encounter. He died penniless in 1974 while Kane (like Stan Lee, who engaged in the same practice) made millions.