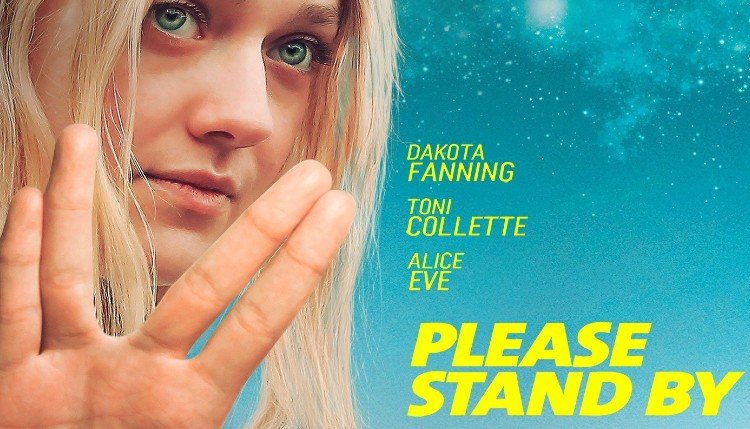 “Do you know how hard it is to write something? All the thinking and planning and re-writing of everything you already wrote for somebody else to read? All the nights and days spent thinking? Thinking about the right words to say, thinking about the best way to say them? Because the story you wanna to tell means so much to you? All those people that wrote those scripts, somebody’s going to read them! And I just want a chance! Just like everyone else got!”

Do you know how rare and oddly refreshing it is to come across a movie made deliberately as an act of love? I wonder why I see Please Stand By as a labor of love and not a cynical money-grab like so many other movies. This movie has such a big heart it made me feel good watching it. I have rarely felt that way watching newer movies. I don’t think there’s anything in it for the filmmakers other than to spread a little cheer. At the movie’s core is a love for Star Trek.

Not the Star Trek of recent; of graphic violence and anarchy, of lust, deceit and profanity, but that of the original mission statement: to seek out and contact alien worlds, to boldly go where no man had gone before. Dakota Fanning plays Wendy, an autistic young woman who enters a scriptwriting contest, sponsored by Paramount Pictures, looking for the next Star Trek show or film. The movie never makes that particular detail clear, or even if the winning script would be produced, but I don’t think it matters. 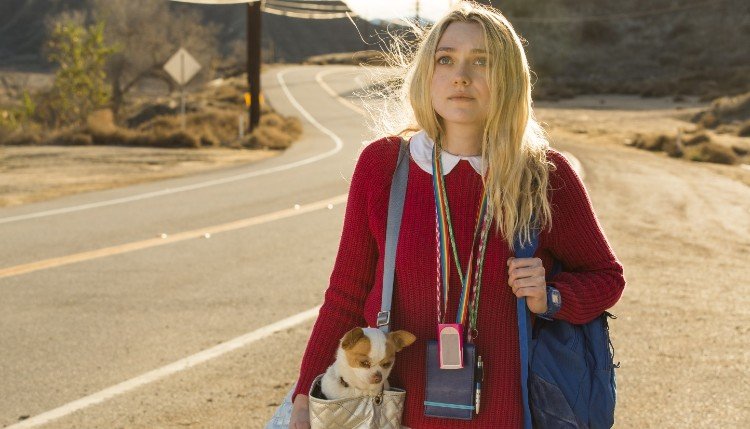 The point of the story is to put Wendy in an alien environment: the rest of the world beyond her window. When she discovers she will miss the deadline for entries, she takes it upon herself to escape her group home with her little dog, Pete, for whom she has knitted a Star Trek uniform (a blue “sciences” uniform like Spock’s) making Wendy a kind of Captain Kirk during a landing party excursion.

It took me a little while to come up with the idea that this movie mirrors the kind of culture clash narrative Star Trek specialized in; even as Wendy makes notes so that she’ll remember certain cues in dealing with these “aliens of Earth,” she is, in essence, learning to assimilate. There’s something downright bizarre about Please Stand By. It doesn’t feel the need to moralize or lecture, and it doesn’t hit you over the head with unbelievable characters doing unbelievable things. It’s a movie out of time, and out of place.

Fanning’s Wendy is a study of blind impulses and mandatory structures. Like Dustin Hoffman’s Raymond, she infrequently (and almost accidentally) makes eye contact, and often resorts to physically distancing herself from uncomfortable truths and threats alike. After getting kicked off a bus to Los Angeles, she comes across all manner of people; some kind, others not so kind. 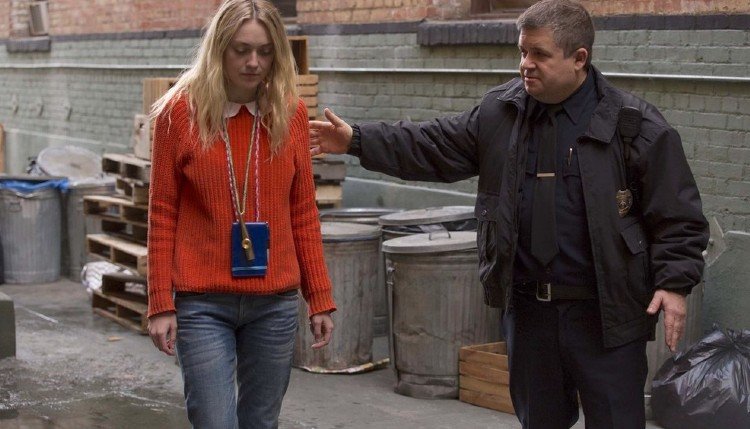 Even in her domestic life, she attempts to navigate difficulties with an air of independence, but (and this is important) she still needs help, and she isn’t resistant to the help. Further, nobody tells her she’s special, which is an easy trap into which a movie like this could fall. I wish more characters were written with Wendy’s level of nuance. Even with all her flaws and peccadilloes, you fall in love with her and you’re with her on her planetary adventure.

Toni Collette (in a role she always seems to inhabit) plays a group home manager/social worker, coincidentally named Scottie, and if there’s one thing Collette specializes in, it’s helplessness. When Wendy takes off without warning, Scottie grabs her kid, Sam (River Alexander), and takes to the open road to find her. Where Scottie couldn’t make head nor tail of Wendy’s script, Sam actually reads and enjoys it. 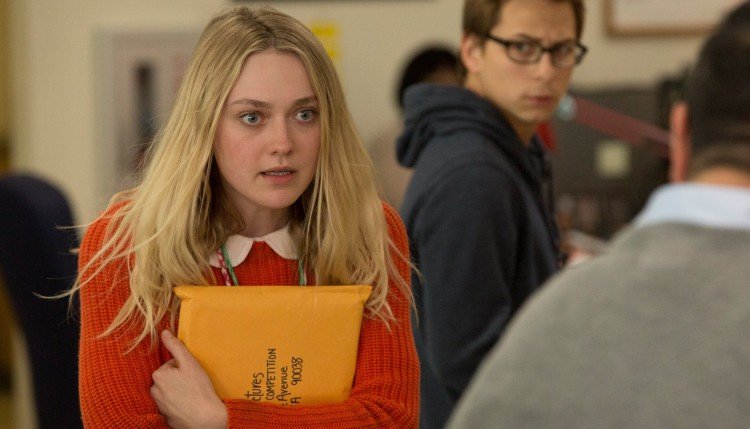 Scottie catches up with her in Los Angeles, where she is befriended by kindly Police Officer Frank (Patton Oswalt) who calms her down by speaking Klingon to her. It’s a brilliant scene that gives me hope that eventually we can get back to telling stories about friendship and love, and maybe we can get back to a Star Trek that doesn’t antagonize or condescend to its audience. Also, as evidenced by the quote at the top of the article, Please Stand By has respect and reverence for the process of writing.

It should be noted that this movie was not produced or authorized by Paramount, but because Star Trek is such an iconic force in the world, the smallest (untrademarked) references will be understood by those only passingly familiar with the subject matter. Dakota Fanning is an actress who has grown from the shrieking little girl of War of the Worlds and The Cat in the Hat into the poised, graceful femininity of The Alienist, and now the frantic beauty of Wendy in this movie. Please Stand By might be the best Star Trek movie ever made, because it understands what Star Trek is actually all about: peace and exploration.