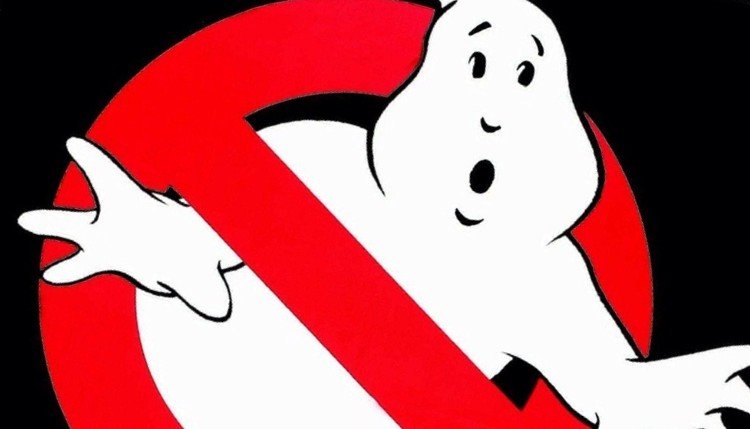 “I make it a rule never to get involved with possessed people.”

Years of research led me to some interesting conclusions about Ghostbusters, the film and the history. It’s very much like a game of connect-the-dots. It goes as far back as National Lampoon’s Radio Show, which was produced by Ivan Reitman and featured, among many talented performers, Bill Murray, Harold Ramis, and John Belushi. Dan Aykroyd would ferry back and forth between Second City Toronto and Second City Chicago. He hooked up with Belushi on Saturday Night Live and created the Blues Brothers characters with him.

Journeyman director John Landis directed National Lampoon’s Animal House, which was also produced by Ivan Reitman (with Matty Simmons) from a script by Harold Ramis, Chris Miller, and Doug Kenney. Landis would go on to direct The Blues Brothers in 1980. Some very powerful alliances were forged in this first film project and Ramis, Murray, and Reitman would collaborate on Meatballs in 1979 and Stripes in 1981. Aykroyd was writing his first draft script of Ghostbusters (which he intended to make with Belushi), when he got the call from his agent Bernie Brillstein that Belushi had died of a drug overdose. 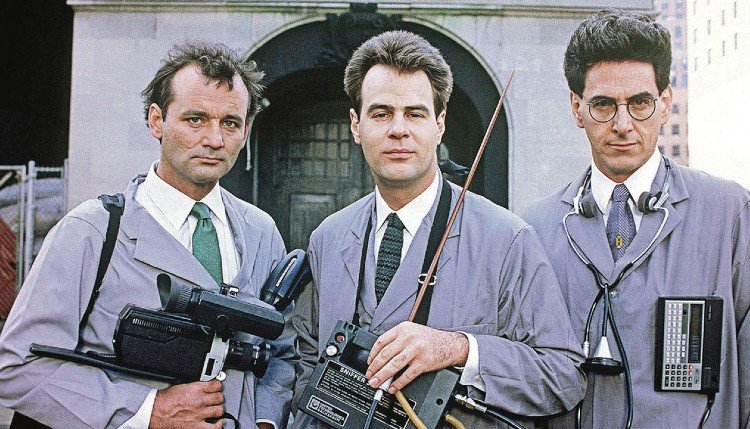 It was March of 1982 and Martha’s Vineyard was a cold, uninviting place. The funeral footage is a veritable Who’s Who of 1980s comedy. Landis and his wife, Deborah Nadoolman are there, as is Bill Murray, his brother Brian Doyle Murray, Lorne Michaels, James Taylor, Carrie Fisher (filming of Return of the Jedi was shut down for a week to accomodate her absence) and Paul Simon, Harold Ramis and his wife, Jim Belushi, and Aykroyd leading the procession on the back of a Harley. This isn’t something you should see if you can’t separate the talent from the flesh and blood.

In their few private moments, these brilliant comedians are human, raw, and stripped of their natural ability to entertain. It’s even more heartbreaking to consider how loved Belushi was—as a man and as an entertainer. Aykroyd always wanted to make movies with him, and Ghostbusters was going to be the next big thing. His first draft was enormous and very different from the finished film. It was to take place in a future where ghosts and spiritual turbulence are everywhere.

It was Reitman and Ramis’ suggestion that the movie should take place in contemporary times in New York City, as well as be an origin story about disgraced Columbia University professors who start their own professional paranormal investigation business and, very quickly, become the toast of the town. This was a project that could’ve gone wrong a hundred different ways. Big budget comedies often flopped, because of the subjective nature of humor. 1941 and The Blues Brothers, while profitable, were not huge successes, so Ghostbusters was a huge gamble. 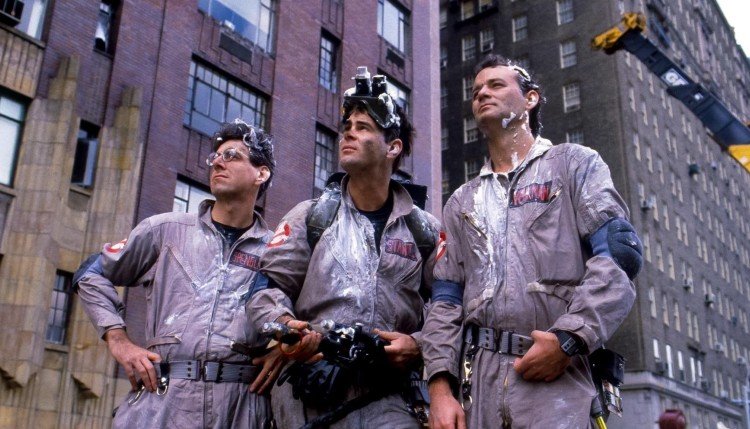 While Ramis was able to edit Aykroyd’s enormous script down to a coherent length, Reitman allowed for a good deal of improvisation on the set. Ghostbusters is constantly moving, and the one-liners are the stuff of legends. In recent years, I’ve thought about the central storyline; that of a cult of demon worshippers and the evil architect Ivo Shandor. This is a story that would be phenomenal even as a straight horror movie, and because Aykroyd and Ramis take the science seriously, they can safely give the movie to Murray for all the sarcastic humor he can mine from his surroundings.

That’s why the sequels and reboots fail: because they can’t duplicate the happy accidents that this movie created. Aykroyd, Murray, and Ramis (and the rest of the cast) are on top of their game, running it while Reitman can only play referee with his camera. Ghostbusters is considered one of the greatest comedies of all time, and a fitting tribute to John Belushi. The effect on the pop culture was staggering. I had a t-shirt with the Ghostbusters logo on it and some text on the back that read: “Back off man. I’m a scientist!” I could almost hear Belushi saying that line, and in the same tone he used when he shouted, “Nothing is over until WE DECIDE IT IS!” It’s true.

“You know, I’m a voter. Aren’t you supposed to lie to me and kiss my butt?”

So, I actually saw this movie in the theater. It was cold. I remember it being cold, like steam from my mouth cold, and there were no lines. It was dark. The end of 1989 in New York City was brutal and filthy. New York City was in a really terrible place. Crime had skyrocketed and the homeless situation was out of control. No snow yet, but there very rarely is in December. I know the movie came out in the summer, but Ghostbusters II had an inexplicably long life in theaters.

Because the movie was released in 1989, it seemed to have been forgotten, but it still made a ton of money. Maybe it was a re-release to coincide with the movie’s “New Year” motif. We had serious problems in 1989 so we didn’t get to the movies regularly. I distinctly remember a lack of excitement and anticipation for this Ghostbusters sequel, and later I read a rather lengthy article in Rolling Stone noting the misery of each and every player attached to the project.

The only person (outside of Columbia Pictures lower-level studio executives) who wanted to make this movie was Ivan Reitman. He wanted to get the project together a couple of years before, but there was an Englishman in charge of Columbia at the time named David Puttnam, who wanted to finance more art films and less franchise monsters. He bought a concept known as Vibes specifically as a vehicle for Dan Aykroyd and Cyndi Lauper.

Aykroyd didn’t get along with Lauper and passed, and this resulted in a public feud between him and Puttnam. Jeff Goldblum was hired in his stead. The movie flopped when it was eventually released in 1988. Puttnam was shown the door a year earlier and Dawn Steel replaced him and her first job was to get the Ghostbusters band back together. Harold Ramis and Dan Aykroyd started writing, but the hardest part was getting Bill Murray interested. He had recently returned to pictures from a four-year semi-hiatus with Scrooged.

It turned into a money situation. Murray, Reitman, Ramis, and Aykroyd waved enormous salaries for profit participation in order to keep the budget down, and it looked like Columbia hoodwinked the cast with the time-honored practice of “Hollywood accounting.” The movie is nothing to write home about. It’s a standard sequel, with another standard supernatural bad guy, but this time we have a backstory that is not interesting, not extraordinary on its own. 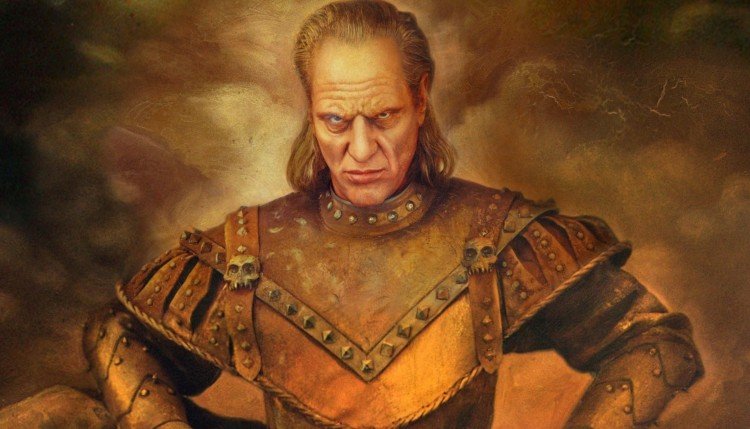 The silliness has been upped and become goofy. Aykroyd and Ramis took Ghostbusters seriously, but here we can see they’ve gone completely wacky with “mood slime” and bad vibes. The first movie was already goofy, but it was goofy from the perspective of the observer. It wasn’t innately goofy within the context of the characters and their motivations. There’s almost a hard reset from the events of the first movie. Ghostbusters (the business) is no more.

Egon has gone back to academia. Ray runs an occult store. Venkman is the host of a public access show about the supernatural. He and Dana Barrett (Sigourney Weaver) have broken up. She immediately hooked up with someone else and had that person’s baby, a little butterball named Oscar. So we’re back to square one, and we have to go through the whole rigmarole of Murray courting her again—it’s agonizing at this point. When it seems a powerful supernatural force has designs on the baby Oscar, Dana takes her problems to Egon and Ray, bypassing Venkman altogether.

There may be a wholly separate problem (I don’t quite gather how they’re connected) with a river of hostile slime that flows under Manhattan (I guess Brooklyn and Queens are safe, though you’d never know) that causes New Yorkers to be mean. I don’t think we ever needed an excuse, but okay, I’ll go along with it. The reason New Yorkers are so mean (they aren’t, by the way—New Yorkers are the nicest people I’ve ever known and I’ve lived in many different places) is because of a river of evil slime. Sure! 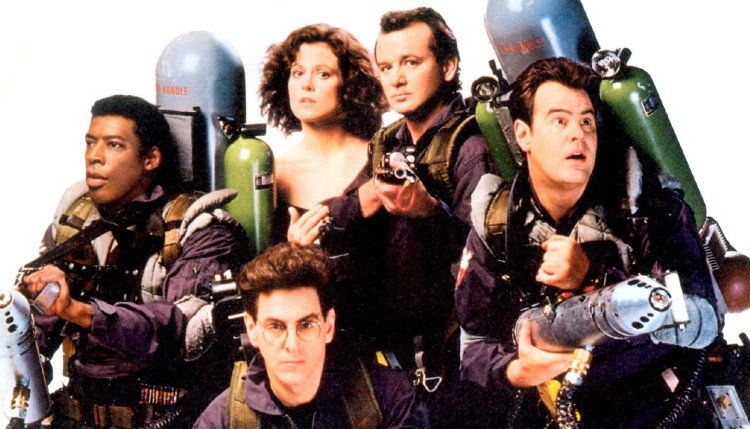 The supernatural force (identified as Vigo, the Scourge of Carpathia and all-around unpleasant guy) wants to inhabit the body of baby Oscar (simply for convenience, I’m guessing) and bring about the end times, or something. I’ve never understood the motivations of evil spirits, but that’s none of my business. The Ghostbusters kill two birds with one stone.

They coat (yuck!) the Statue of Liberty with positively charged good vibes slime and send Vigo back to Hell, or trapped inside a painting, I don’t know which, and frankly this ending makes no sense. Tell the people! It is fun for about the first twenty minutes of the movie getting the band back together, but the rest of it is just a benign, lifeless retread of the first movie. At least the one-liners still work.