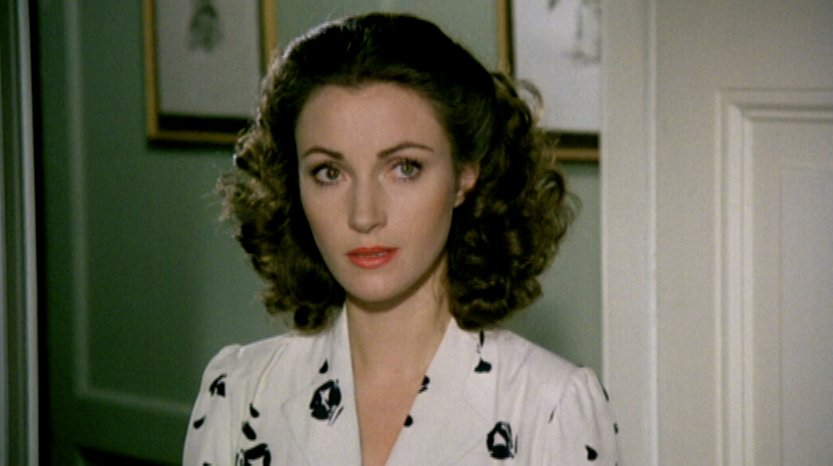 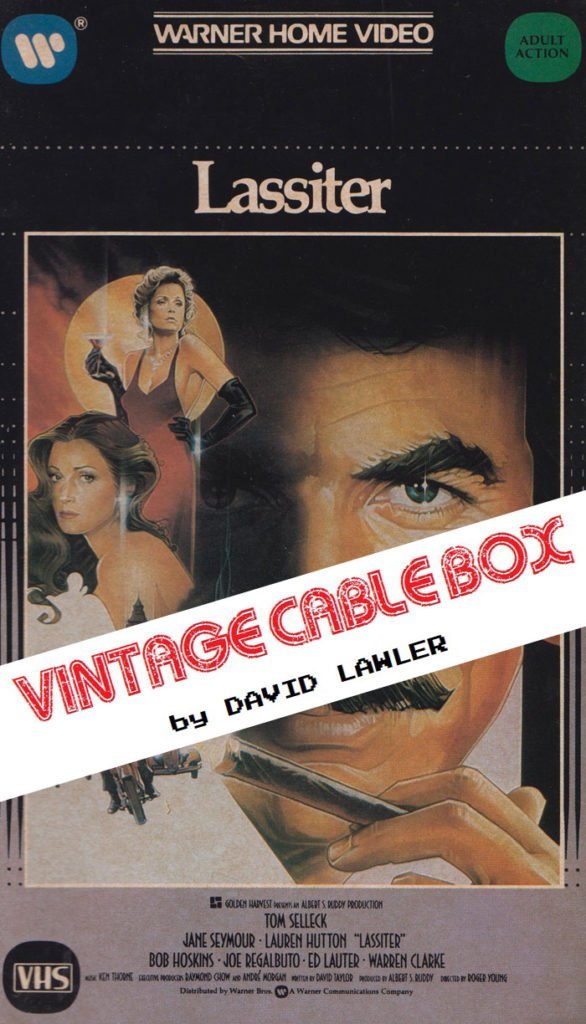 “Cooperate and you’re a free man, Lassiter. Cross me and you’ll do twenty hard years.”

A little jaunty piano-driven music kicks in and I think I’m watching The Sting, but no, we have Tom Selleck in Lassiter! This movie was very hard to find. Right up there with The Buddy System and Nate and Hayes. Selleck is some kind of a cat burglar. He’s not a very good cat burglar, and no he doesn’t steal cats. I thought the point of having jewels was to wear the jewels, and not lock them up in a safe, but whatever. A rosey-rumped British tart covers for him when he is caught snatching the family jewels. You might say she waxes his mustache, so to speak. This is cute. He’s a scam artist by trade, working in concert with Jane Seymour (and her beautiful ass!), who may or may not be his wife, girlfriend, or paramour. Jane bruises her feet nightly dancing with rich British bastards.

Lassiter is extremely hard to follow. It feels, to me, like whole sections of the movie were removed in editing, as well as a lot of character development. Our government, working with Scotland Yard corrals “expert” cat burglar Nick Lassiter into stealing “Nazi” diamonds. We’re not completely sure because the movie jumps all over the place pretending to be light comedy, international intrigue, and deadly boring cop drama. Jane Seymour is wasted in the movie, truly lighting up the screen with her beauty but relegated to being a long-suffering housewife-type. Meanwhile, we have Lauren Hutton running around killing men while she has sex with them. She’s apparently the keeper of the secret Nazi diamonds, but she leads a rich inner life. Okay, I’m with you, Movie! 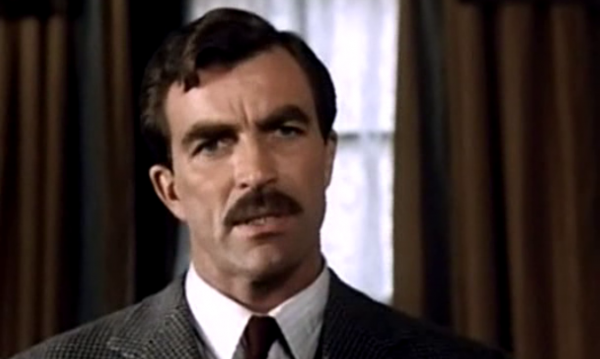 The nudie cutie Hutton killed previously turns up dead and naked in an alley where head copper Bob Hoskins declares the investigation will be done the “hard way.” In other words, his way. Damnit! He’s a good cop! Hutton makes eyes (and thighs) with Selleck, which drives poor Jane up the wall. Scotland Yard wants Lassiter to steal $10 million worth of these Nazi diamonds or else they’ll send him to jail. What? My wife informs me this is Nazi money, therefore it’s a good thing to steal. Lassiter decides it’s time to hang it up, so he takes Jane Seymour with him, but is stalled by Hoskins who assures him he has his number. Okay. He extorts Tom to get the damned diamonds. I gather Lauren Hutton is a Nazi, and a man-killer, but the movie never lets us have any details. Everything is painted in broad strokes.

There’s a lot of hand-wringing and a good deal of fake moral ambiguity here with regard to Lassiter doing the right thing for his country. He nails Hutton, loots her safe, but can’t find the diamonds. We finally get to the feline thievery as Lassiter climbs a wall, slips in, and opens a safe. Nothing in there so he ducks (or cats, heh) out under the cover of night while dogs bark in the background. Lauren leads him to the real diamonds, cleverly hidden in a hideous bust of Hitler. Lassiter steals the real jewels. Hutton catches him and he punches her lights out. Nice. We get a “clever” Sting-style switcheroo where he fences the diamonds for cash and eludes the cops. In the end, Selleck gets the money and the girl. Lassiter is an editor’s nightmare. If this review appears redundant and disjointed, it’s only because the movie was redundant and disjointed. What a mess! 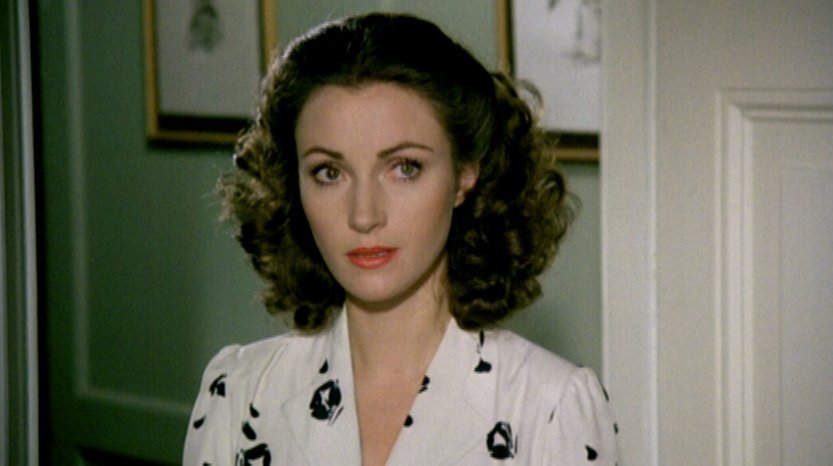 Sourced from the original 1984 Warner Bros “clamshell” VHS release. Fabrique au Canada! “A master thief sets out to steal a Nazi fortune!” The movie received a brief DVD release as well as appearing on laserdisc, but is unavailable in newer formats. “It’s clear from Lassiter that Selleck is ready for anything – especially the critical and popular acclaim his performance here deserves. Move over, Sean Connery and Roger Moore: there’s a new high-roller in the game of international intrigue!” I’ll stick with Runaway, thank you very much.