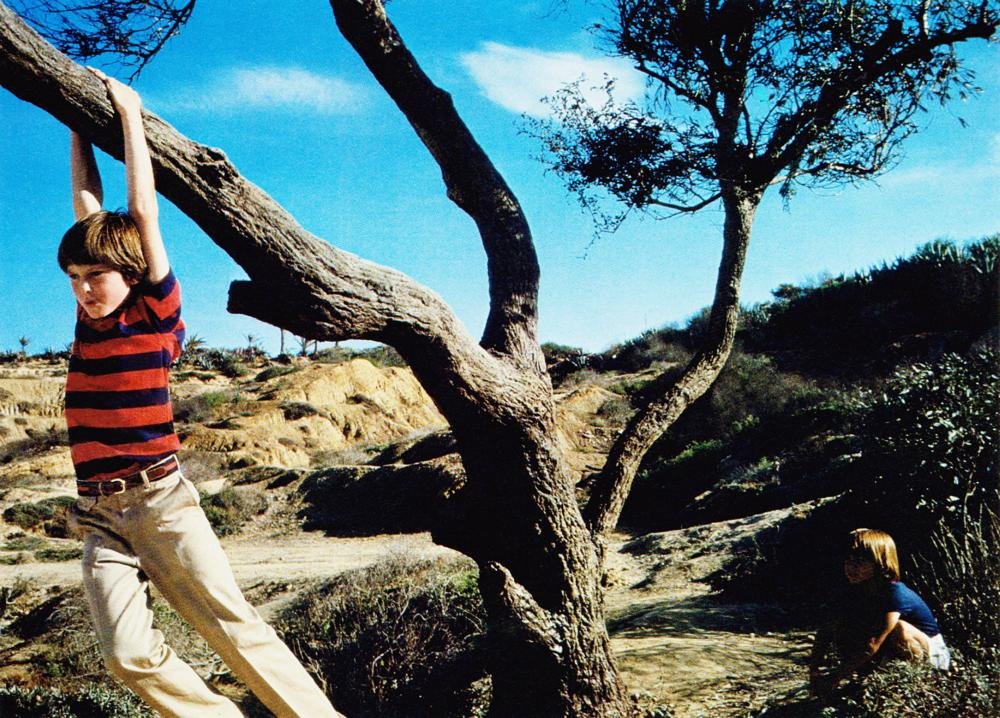 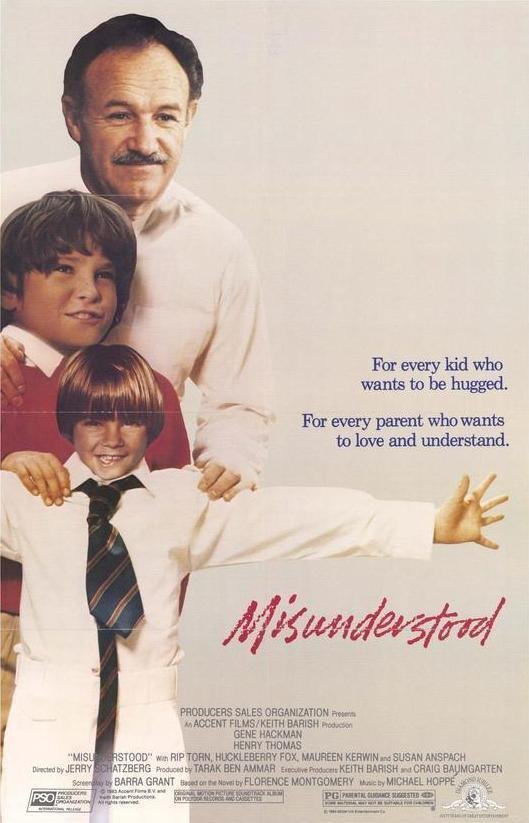 An all-out laugh riot from start to finish, Misunderstood is a wacky, sexy, screwball comedy about a father and son trying to re-connect after a bizarre mishap which results in zany, madcap antics and heartwarming life lessons. Actually. I’m sorry. I have the wrong notes here. Misunderstood is a 90-minute suicide note. I think that’s what I meant to say. Like Six Weeks, this is a movie completely immersed in the melancholy. We start at a funeral for Ned Rawley’s (Gene Hackman) wife, played in flashbacks by Susan Anspach. The flashbacks occur as the body is layed to rest in dismal superimpositions; moments of joy, hugging, kissing, etc. There are happy children on swings, and really what is being played out in the past serves as an uncomfortable contrast with Hackman’s present-day mood. Emotionally unavailable and obsessed with work, he’s now saddled with the unwanted responsibility of primary care for his two sons, Andrew (Henry Thomas) and Miles (Huckleberry Fox).

As a morose authority figure, Hackman acquits himself well. I don’t think he cracks one smile in the first act, but he has to lay it on the line for Andrew, who has to shepherd the younger brother through this living hell of life without their earthy mother. While he’s man enough to express some degree of affection for the little one, he’s got a chip on his shoulder when dealing with Andrew. One of the movie’s failings is the lack of a backstory for Hackman to give us an indication of his hostility. We know that he’s some sort of a shipping magnate-cum-local politician working out of a spacious palace in Tunisia. He’s much more comfortable at his desk than he is eating dinner with this family of strangers. The housekeeper/governess is at her wit’s end negotiating with the children. Andrew is a little rough on Miles, like most older siblings, and you get the feeling is always on the verge of striking him. Much of the story comes from flashbacks. There’s a beautiful moment where Andrew sees a framed drawing of his late mother obscured by a pot of flowers. 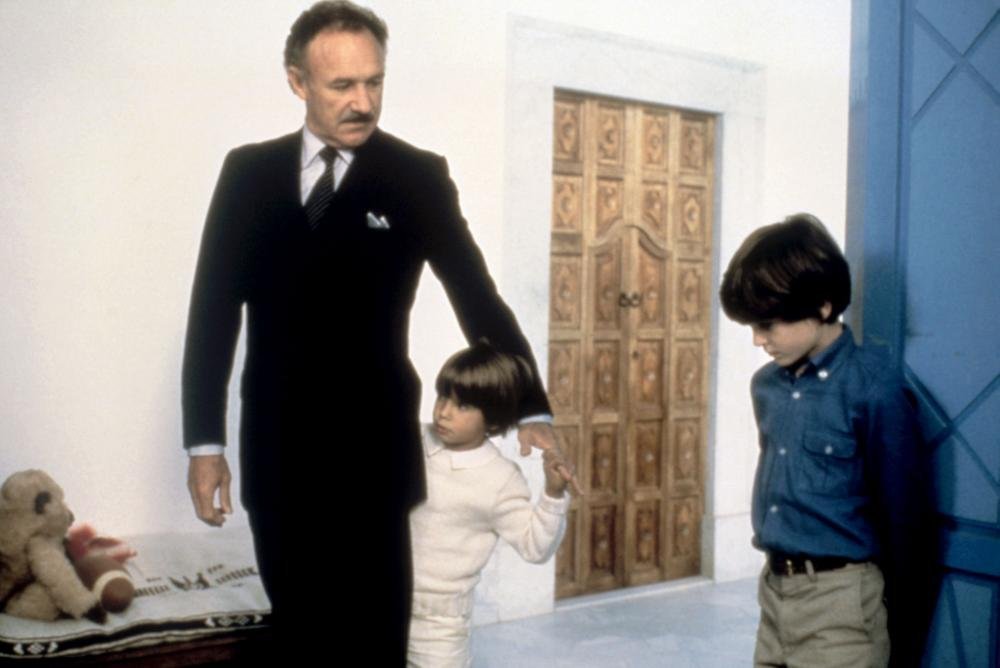 Exploring his newfound world of loneliness, Andrew spies on neighbors, dares himself to hang from the edge of a scary tree with crooked branches and observe a ritual burial, where he bursts into tears. This is such a maudlin movie! Everyone (including strangers) go out of their way to help him cope with his loss. We begin to understand that the loss is heartbreaking for Hackman, but devastating for Andrew. Hackman has lost his lover and the mother of his children, but Andrew has, in a way, lost his life (perhaps a portion of his developing personality). Yet Hackman is suffering too. They mourn in different ways. Hackman has buddy and brother-in-law Rip Torn (dressing like Tom Wolfe) and his staff to rely on, but Henry Thomas’ Andrew is almost completely alone, so he acts out in rebellious ways. Huckleberry Fox plays a similar character to his little Teddy Horton from Terms of Endearment; just a cute little energetic boy designed to irritate Henry Thomas. I kept wondering throughout the movie why Hackman was being such an asshole to his older son while babying Huckleberry.

There’s a bit of brief suspense when Miles insists Andrew take him to the center of town where the little boy promptly vanishes causing Andrew to go ape-shit looking for him. He navigates a sea of unfriendly faces and isolates Miles’s voice. It’s a well-paced, well-directed scene and it shows that Henry Thomas can do a lot more than stare slack-jawed at a friendly botanist from another planet. This is a Jekyll-and-Hyde story about children; Miles represents the cute little ball of energy you wish was your son, and Andrew is a plaid and cords-wearing nightmare come alive. Eventually Hackman warms to him, after a race with Torn up and down the jagged cliffs on the breakers of the photogenic Tunisian beach. It’s possible Hackman’s character sees too much of himself in Andrew. Like Checkov’s gun, the tree branch ultimately turns out to be Andrew’s literal downfall. I blame Huckleberry for that one as his added weight (after he insists on trying the branch himself) proves too much. In a final bid to connect to with his son, Hackman comes to the realization he is a terrible father. Like I said, this is an all-out laugh riot! 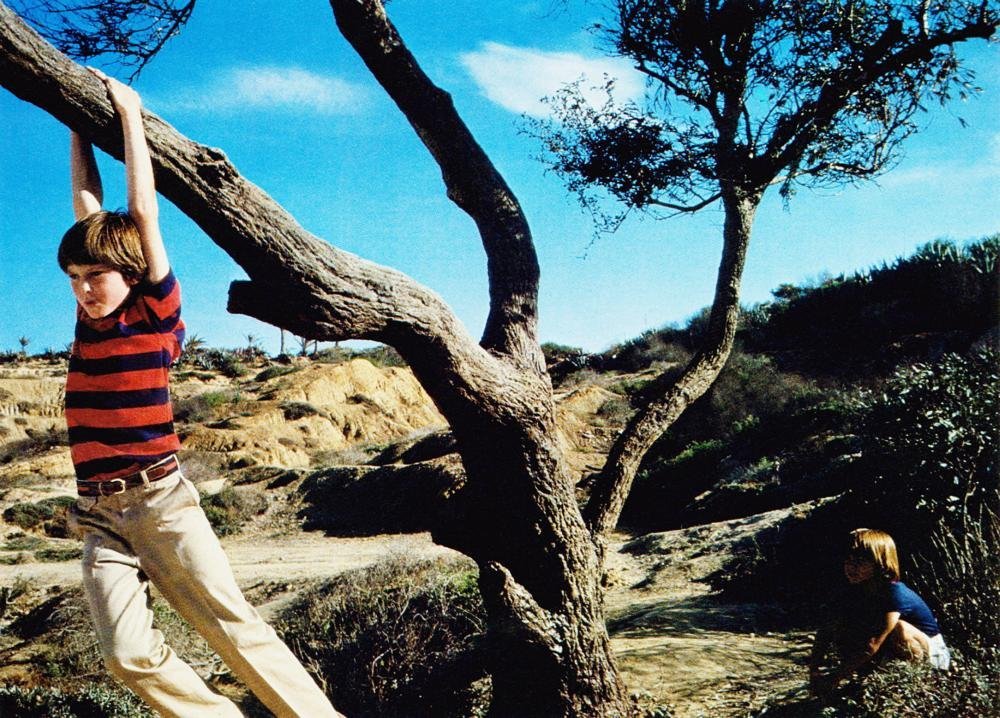 Misunderstood is an extremely difficult movie to find. It took me over a year to track down a suitable copy to watch. According to lore, there are two different endings, but the version I watched is the movie I remembered from cable television. The movie was never given a DVD or Blu Ray release. I’m not even sure if it was released on laserdisc. Misunderstood was shot in 1982, and not released until 1984. Director Jerry Schatzberg previously made Honeysuckle Rose, Scarecrow (also with Hackman), and The Panic in Needle Park. He would later direct No Small Affair with Jon Cryer and Demi Moore. The end is in sight for Vintage Cable Box. Only a handful of titles remain to explore. It’s been an incredible adventure. I really don’t want to look at any more depressing movies.