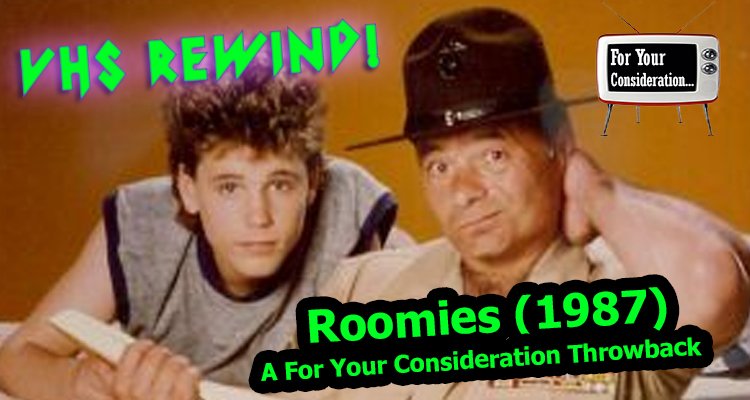 VHS Rewind!
Roomies (1987): a For Your Consideration Throwback

Burt Young and Cory Haim have finally(?) teamed up for a hilarious(?) sitcom! Mark and Chris discuss the pilot to this incredibly strange comedy.

“A 42-year-old Marine sergeant and a 14-year-old fish-obsessed genius strike a perfect and reciprocal balance as college freshmen roommates.”