“You’ve managed to kill just about everyone else, but like a poor marksman, you keep missing the target!” 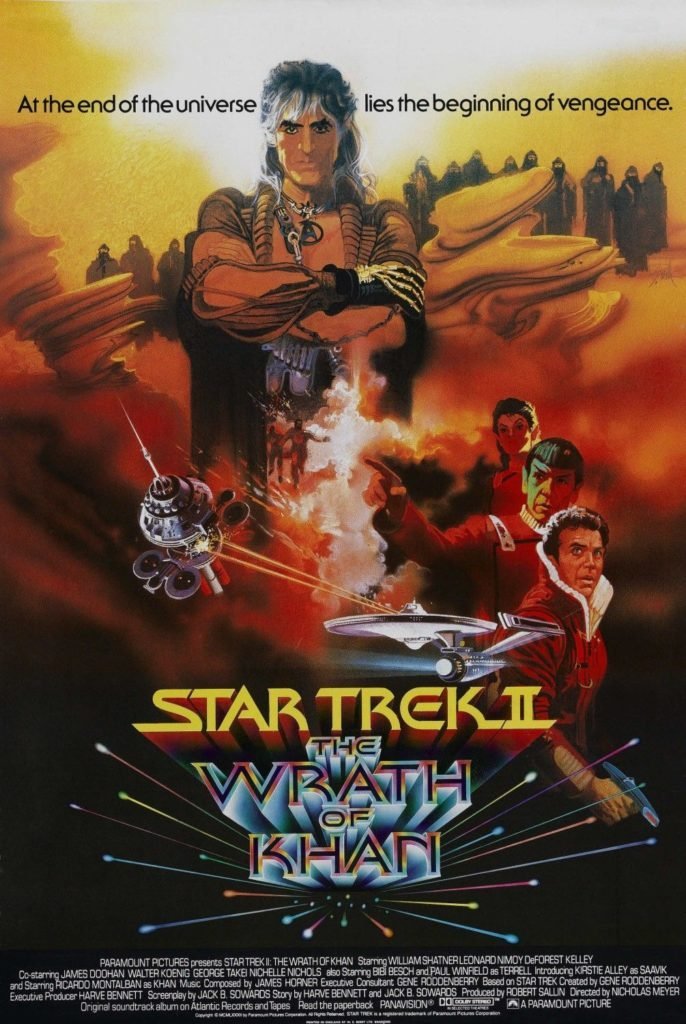 Considered the best of Star Trek movies, director Nicholas Meyer wisely applied the lessons learned from the first film to launch the popular television franchise and utlized television production techniques to craft this clever sequel to Star Trek: The Motion Picture. To say that Star Trek II is faithful to the NBC television series is obvious even down to the story, which sequelizes not only the film series, but also the first season episode, “Space Seed.” Star Trek II brings back Khan Noonian Singh (electrifying Ricardo Montalban), a product of 20th century genetic engineering, who we last saw being shipped into exile with his crew by Kirk at the end of the episode. Unfortunately, a short time later, the disruption of a nearby planet causes Khan’s new paradise to become a desert filled with horrid, mutated creatures.

Khan captures the U.S.S. Reliant (a science vessel on alert for appropriate planetary bodies upon which to experiment) by means of hideous slug-like creatures inserted into key personnel Chekov and Terrell’s ears to control their minds. Khan and his crew travel to space station Regula 1, where Doctors Carol (Bibi Besch) and her son, David Marcus (Merritt Buttrick) are developing the “Genesis” device, which can turn any lifeless astronomical body into a fertile garden. Khan wants “Genesis” (for reasons that are never adequately explained – perhaps he feels he has it coming to him), but he has to get through Admiral James T. Kirk (William Shatner) to take it. Kirk, obstensibly on board the U.S.S. Enterprise to supervise a training assignment under Captain Spock (Leonard Nimoy), assumes command of the ship to rescue his former lover, Carol, and their son. 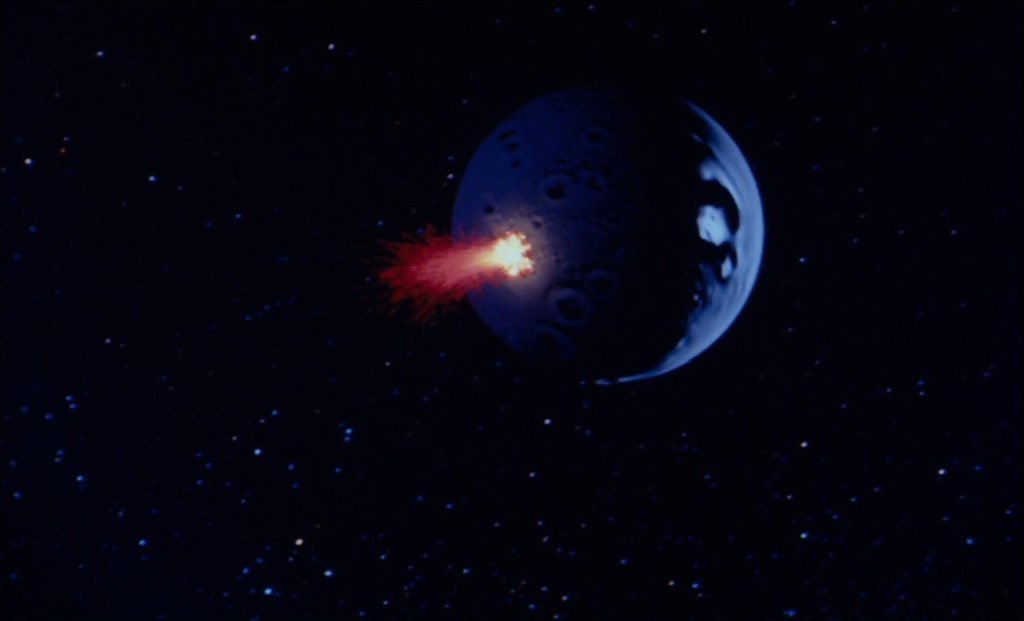 This presents difficulties for Kirk, who is “celebrating” his birthday. For the first time in his life and career, he is confronted with his own mortality, which turns out to be a much greater foe than Khan, or an irate Gorn, or a community of sadistic telepaths. With Spock and McCoy serving as advisers (and even more fascinating, Jungian extensions of his subconscious in the form of wisdom and logic), Kirk must fight an enemy who swore vengeance upon him fifteen years before, as well as form a temporary truce with his new family in the form of Carol and David. For his part, David is an angry genius who would like to flatten his father for what he perceives as abandonment. The “Genesis” device represents an analogy for our own atomic bomb; utilizing science that could’ve saved us, the bomb has the power to kill us all. Nicholas Meyer’s next project would be The Day After for ABC.

The beginning of a successful trilogy that ended with Star Trek IV: The Voyage Home in 1986, Star Trek II: The Wrath of Khan is a rare case of a cinema adaptation that succeeds and then eventually improves upon it’s source material (in this case, the television series) by embracing the finest aspects of the original material. All of the narrative beats are there: the fundamental conflict between Spock and McCoy (DeForest Kelley), which would be turned on it’s ear for the sequel, Star Trek III: The Search for Spock, a great villain in Khan, a hysterically angry and passionate Kirk, excellent visual effects and battle scenes, and a complex moral/philosophical argument embodied in “Genesis.” This is what a Star Trek film should be.

Star Trek II: The Wrath of Khan is being re-released to theaters for two nights only, September 10th and 13th, as part of a 35th anniversary event. I recall seeing the film upon it’s first release in June of 1982.