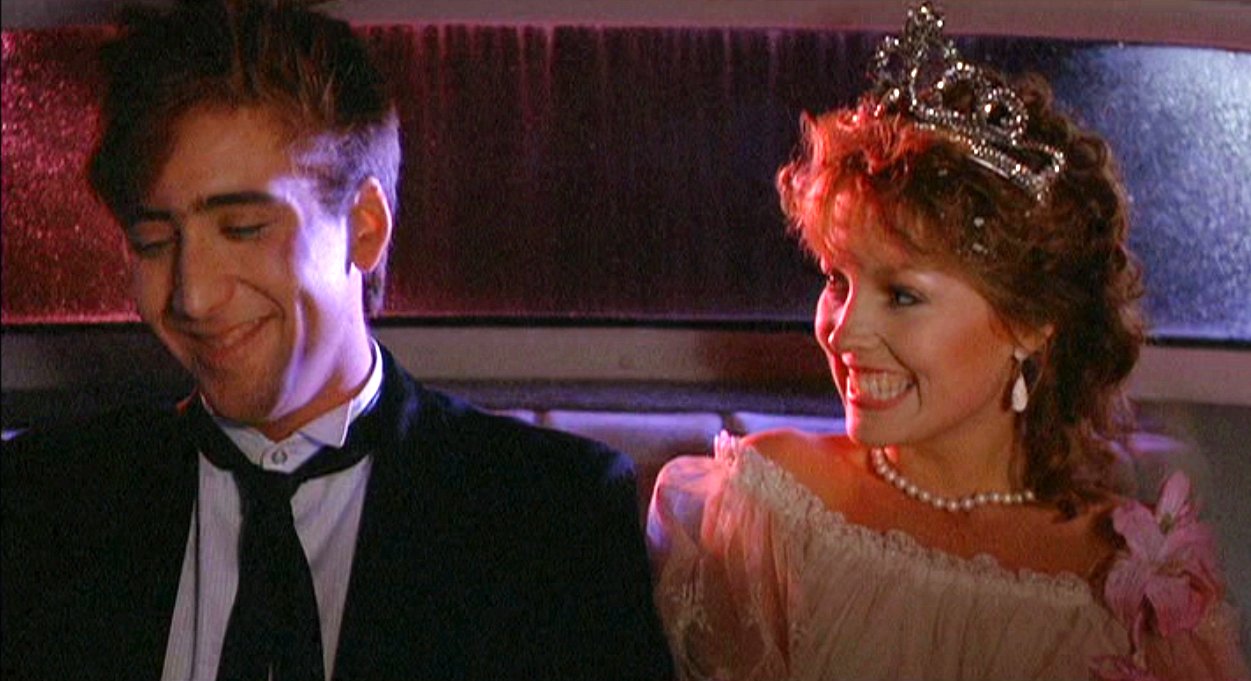 “It’s like I’m totally not in love with you anymore, Tommy. I mean it’s so boring!” 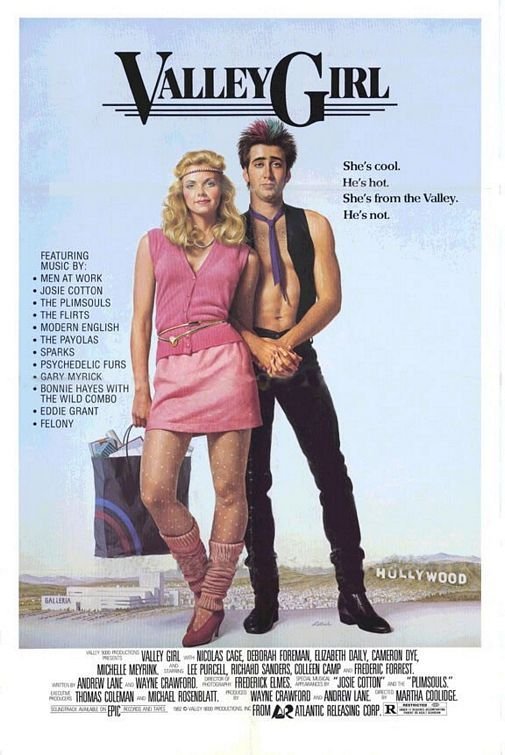 This is one of those movies everybody has to say they love or they won’t be taken seriously. If you say you don’t like Valley Girl (God help you), you’ll get nothing but icy stares for the rest of your existence. I don’t mind saying it. I don’t care for this movie. We have four girls, friends, hanging out in the mall, scarfing down cheeseburgers and milkshakes. They don’t seem to get fat. They go shopping for clothing and run up huge credit card bills. They bitch and moan and lust after the boys and go to big parties in the Valley. The Wikipedia has a curious definition for the quintessential Valley girl: “Originally referring to upper-middle class girls from the Los Angeles commuter towns of San Fernando Valley during the 1980s, the term in later years became more broadly applied to any English-speaking female who engendered the associated affects of ditziness, airheadedness, and/or greater interest in conspicuous consumption than intellectual or personal accomplishment.” I had no idea the definition had gone that far off the rails. Running up $200 credit card bills in 1983 doesn’t strike me as upper-middle class.

For the purposes of story, we have to focus on Deborah Foreman. Though hirstute thespian Nicolas Cage gets top-billing, this is Foreman’s movie. Her toothy, amiable countenance drives the plot. She checks out Cage on the beach while her friends mock his awkward masculine dowdiness. Referencing the quote above, Foreman breaks it off with boring Tommy, so he looks up her best friend, Elizabeth Daily. If Foreman is a “valley girl”, what’s Cage? I would say he’s a “grody dweeb,” whatever that is. They lock eyes at said bitchin’ party. He surveys the crowd like they’re a bunch of circus freaks. I guess there’s a pecking order for weirdos. Daily feels guilty, but Tommy’s a douche who refuses to adjust the collar of his sensible polo shirt. I think I hate Tommy, and I will give the movie credit for making me feel things about the characters. Tommy winds up in fisticuffs with Nicolas Cage which, I would assume, ostracizes Cage within the local youth community, but he seems to be a misfit anyway, so it doesn’t matter. He’s considered a “punk,” even though he tends to dress and behave just like everybody else. Cage is smitten with Deborah, even though she totally looks like she’s about 35.

A frustrated Cage tells his friend, “Nobody is gonna tell me who I can score with!” All of this plays out against the star-like background of Los Angeles; a gorgeous sight at night, the glittering metropolis bordered by treacherous canyons. It’s strange. For a movie obstensibly about kids for kids of that age, there’s a lot of sex and profanity. This isn’t family friendly like a John Hughes movie, though it looks impressive for a comparatively low budget movie (reputedly, the film’s music took up half of the production budget). Weird that it feels as though Foreman’s character is going through some kind of a mid-life crisis when she decides to ditch the party to hang out with Cage, entering a world of bars and being frisked. His friend describes this as “living on the edge.” Really? Seems pretty tame to me, but I’m from New York, where “punk” was invented and people get frisked during Sunday mass. Cage and Foreman work incredibly well together, which is fortunate for director Martha Coolidge, as the whole movie depends on it while sailing a sea of boring, inexplicably disaffected youth and rebellion. 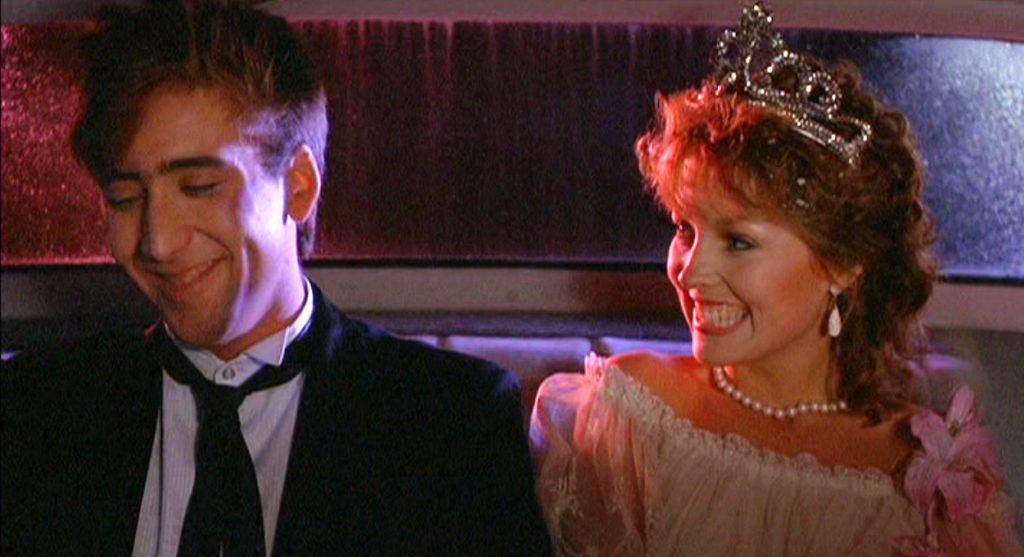 Speaking of inexplicable, there’s a ridiculous subplot involving the mother of one of the girls trying to pick up a delivery boy. If you want to introduce subplots, you should probably do it early in the movie when the audience might care. At this point (halfway through) all we care about is the budding relationship between Cage and Foreman. I wanted to see more from Foreman’s parents (Frederic Forrest and Colleen Camp), apparently ex-hippies who run a health food restaurant. The movie takes great pains to show that youth is youth, no matter the backdrop, no matter a generational divide. As Foreman’s parents express concern and worry for their daughter, they remind themselves that their youthful behavior was far more dangerous. While an interesting cultural diversion, the movie fails for me because it offers nothing. There are no characters I understand, and nothing I can relate to, even as a kid scratching my head and trying to figure it all out. Cage, for me, is a repulsive young actor with no charm and no charisma. There are a total of two movies he did that I liked: Raising Arizona and Vampire’s Kiss. Coolidge later made the superior Real Genius in 1985.