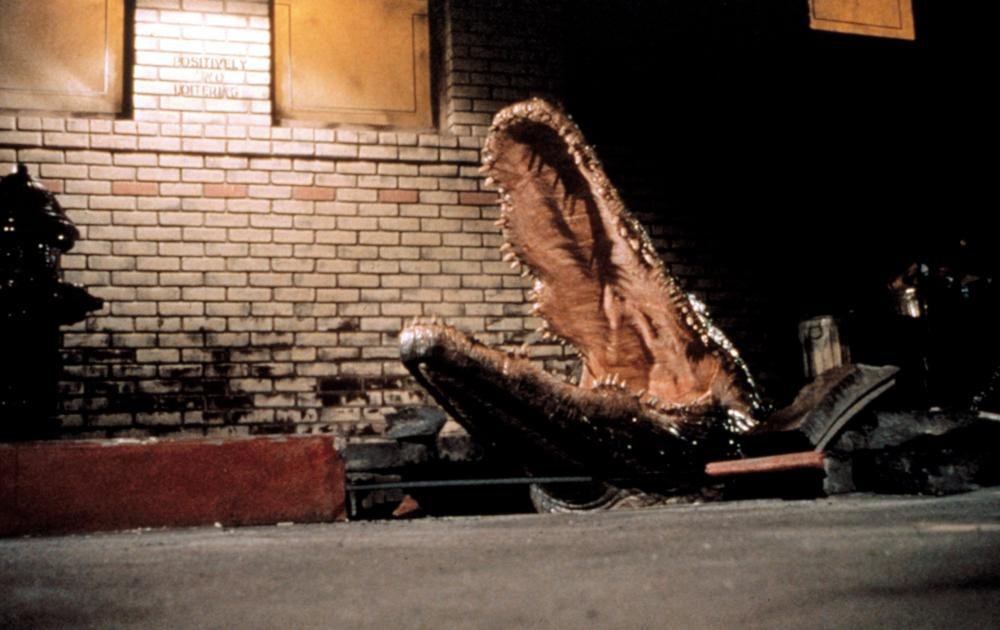 “How about cats? I got plenty of cats. I also got a parrot I’d like to get rid of.” 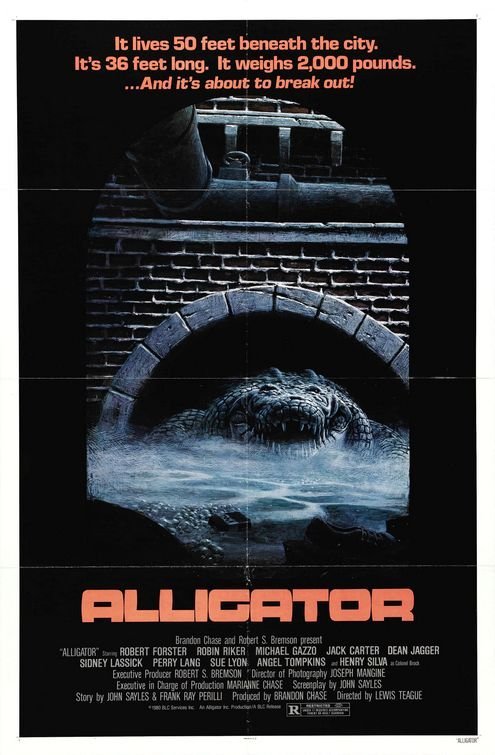 In what probably originated as an urban legend, a little girl buys a baby alligator from a road stand (Who buys baby alligators? They’re cute and all but they grow up!) and her furious abusive father flushes it down the toilet where it grows for 12 years. It doesn’t just grow. No. It becomes an incredible monster due to sewage and radiation exposure. It proceeds to wreak havoc on Chicago. Tough, disgruntled cop Robert Forster investigates the appearance of body parts washing up, and the death of the hilariously named sewer worker Edward Norton. The Press thinks it’s Jack the Ripper. I would assume these were mob hits, and not a freaking giant alligator, but what do I know?

Sidney Lassick is an evil animal catcher. He’s evil because he sells his quarry to a disreputable pharmaceutical lab, where they put the animals through drug and research trials. They also seem to delight in torturing the animals. Lassick dumps their remains in the sewer. On one such visit to the sewer, he arouses the curiousity of our titular terror. He gets his comeuppance as the first of a series of “snacks” for the beastie. Forster takes young uniformed cop Kelly down for a tour of the sewer. The creature devours Kelly as Forster tries to rescue him, causing severe trauma to awaken in him. Forster had lost a partner a while back, which was the subject of some controversy and scorn from fellow officers.

Cute zoologist Dr. Kendall (Robin Riker, who I remember from the Chris Elliot television series, Get a Life) provides useful background on alligators and makes eyes at Forster.  Together they hunt for the rogue, while a nosey reporter feverishly dogs Forster’s every move.  He manages to snap a few pictures of the monster (ripping off Jaws 2) before becoming another late snack.  Cops try to flush it out with loud noises.  Kendall unknowingly reveals that she was the little girl who got the baby alligator from the film’s opening scenes.  Driven out of the sewer, the alligator makes a spectacular entrance exploding up from the pavement during a stickball game.

While Riker and Forster trade Hepburn/Tracy barbs, Henry Silva chews the scenery as a big-game  hunter hired by the obnoxious mayor to take down the beast.  Friend of the mayor and head of the pharmaceutical firm, Dean Jagger, arranges to have Forster fired from the force after he uncovers a connection between a growth hormone, the disappearance of animals used for testing, and the insatiable appetite of the alligator.  I noted that Craig Huxley is credited with composing the Jaws-like incidental music for the film, but the version I watched utilizes cues from old Twilight Zone episodes, which in turn were credited to Jerry Goldsmith.  Many of these music cues were also used in the William Shatner movie, Kingdom of the Spiders.  Strange. 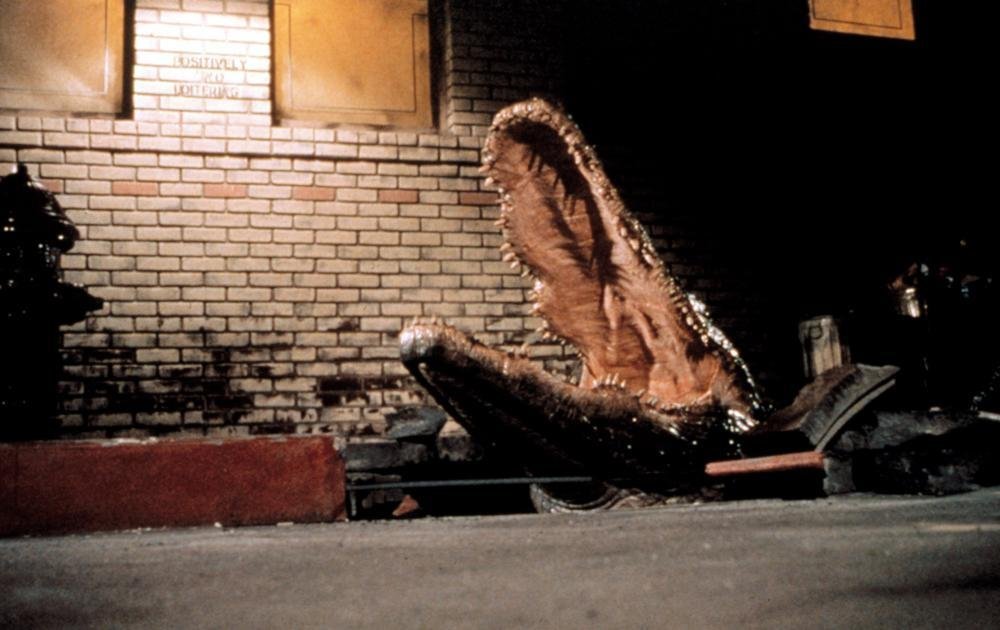 Despite some obvious and clunky references to other monster movies, Alligator is a campy, fun  movie.  Director Lewis Teague (working from a script by John Sayles) would later direct Cujo and Cat’s Eye.  My favorite bit has to be the birthday party where the kids make their host walk the plank at his swimming pool, and he jumps right into the reptile’s waiting mouth!  A close runner-up would be the alligator crashing Dean Jagger’s garden party.  Everyone was there, Yoko brought her walrus, there was magic in the air.  Awesome!

Thanks to Craig Beam for the music clarification.