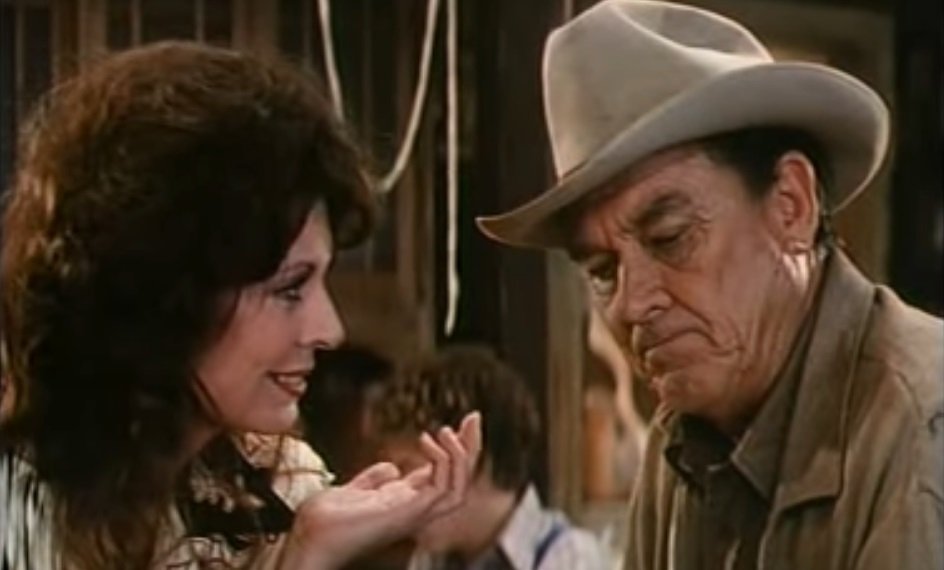 “These backwater hicks are an ignorant lot, but I’ll say one thing for ’em.  They … sure have a way with lemonade!” 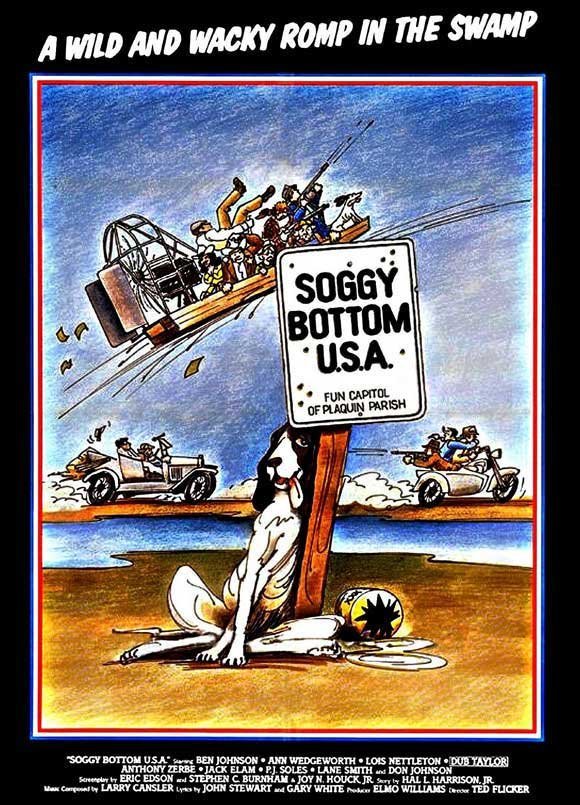 Alligator! Oh wait, I think it’s a crocodile. Nevermind. Crocodiles … oh damn, it is an alligator. Somebody get Robert Forster on the phone! The deck of Soggy Bottom U.S.A. is stacked with a lot of names in the credits I recognize: Ben Johnson, Don Johnson, Anne Wedgeworth, the great crazy-eyed Jack Elam, Severn Darden (thanks to my wife’s Monkees Vs. Macheen articles), P.J. Soles, Dub Taylor, Brion James, and many more! I was thinking about this the other day. They don’t make decent “redneck” movies anymore. Nowadays, you get Deliverance variations where we get a bunch of Northerners, or “carpet-baggers” coming down to the swamps to partake of that fresh air, and being menaced by the locals.

Soggy Bottom is an unusual town, dominated by the marsh, and you have to navigate with a boat instead of a car to get to most places.  I always wonder why people would choose to live there.  Maybe the property taxes are really low.  Who knows?  The town is populated with eccentric characters.  Ben Johnson’s Sheriff is being harassed by a loud and angry Federal agent (Anthony Zerbe) investigating unpaid taxes and wise-ass moonshiner Cottonmouth Gorch (Taylor, a fixture in westerns and comedies for decades) during the Prohibition era.  Dingbat young inventor Don Johnson wants to marry childhood sweetheart Soles, a fledgling singer.  The Sheriff  tries to hold his relatively peaceful little Louisiana swamp town together during the popular 10th Annual Coon-Dog Race while trying to keep his girlfriend (Lois Nettleton, possibly best remembered for her turn in the classic Twilight Zone episode, “The Midnight Sun”) happy.  She wants Ben to make her an honest woman, but he thinks he’s too old to be her husband.  Their relationship is rather sweet.

Seems everybody comes out for the Soggy Bottom Coon-Dog Race.  The grand prize is enough cash for Don to get investors for his unusual swamp fanboat design.  Wedgeworth (I remember her from Three’s Company) plays country music star Dusty Wheeler, and she brings her prize-winning dog, Lord Byron, to the race.  Dusty makes eyes at the Sheriff, inspiring the ire of Lois.  It’s unusual to see Don Johnson (just before he became a big star on Miami Vice) playing such a small, subordinate role in a cast of genuinely interesting characters.  I don’t get the impression these characters exist merely in service to the story, but that there happened to be cameras rolling and gravitating effortlessly to the most intriguing narratives.  Dusty’s shifty manager, Smilin’ Jack, cons P.J. into selling her song for $20 without any stipulation for royalties.  This is like a good Robert Altman movie. 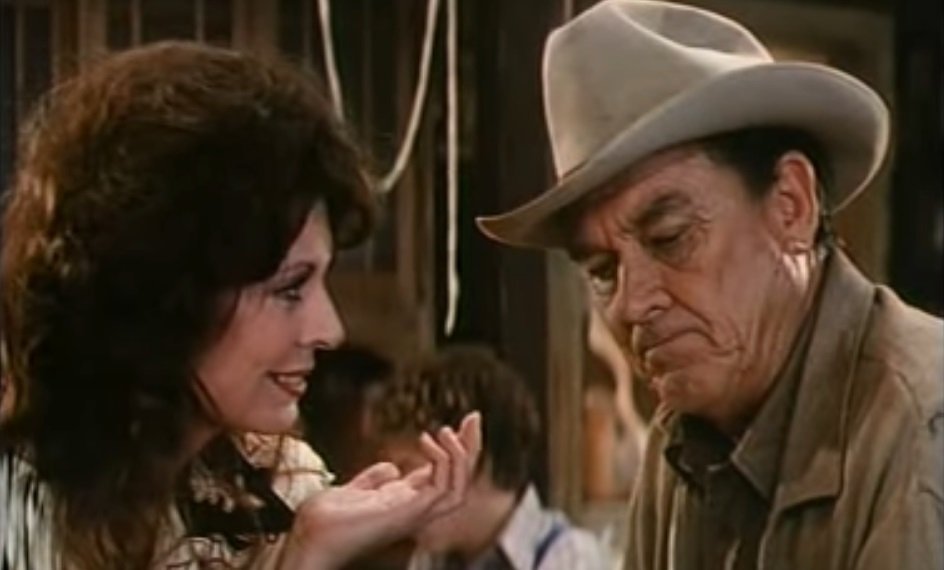 It takes a while before we get back to our central story – the race.  Most of the running time is taken up with ambiance, character development, and humorous episodes, but I’m not distracted as much as I was with the truly dreadful Screwballs.  I like these characters.  Soggy Bottom U.S.A. was a movie that received endless play on cable, particularly The Movie Channel.  I think it might’ve been part of a Ben Johnson retrospective.  I’m reminded of movies like Oh Brother, Where Art Thou? (a movie I enjoyed) that take great pains to capture the mood, feeling, and affection for nostalgia of Soggy Bottom U.S.A. – consider the name of the band George Clooney and his friends make up when they cut their hit record: The Soggy Bottom Boys.  In the end, Lord Byron wins the race while Ben’s old dog, Sissy, breaks her leg.  The town bands together to help Ben’s dog, and Lois stays with Ben.  In a double-wedding, Ben marries Lois, and Don marries P.J.  I’d love to see a cleaned-up and letterboxed version of this movie.