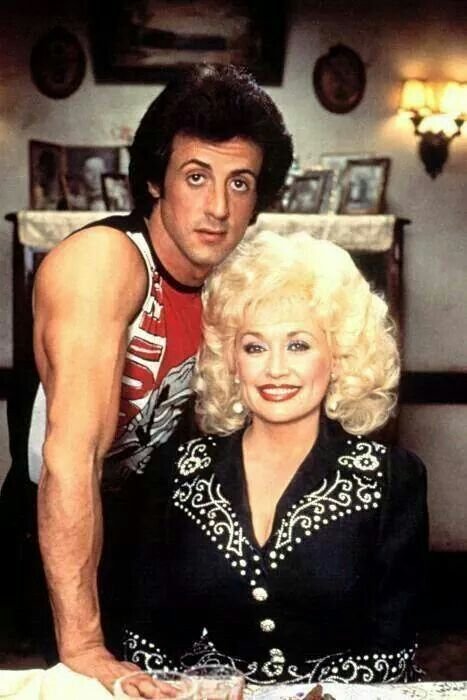 “All right, we’ll go to your place and you can show me your organ. But I’m warning you, it’d best be having music coming out of it.” 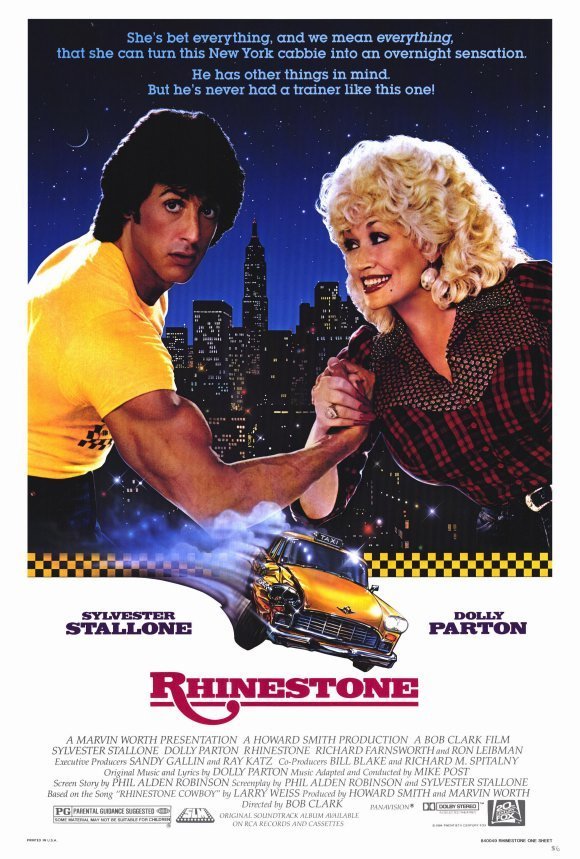 Sylvester Stallone is a smart guy.  Betraying his brutish looks, muscular physique, and propensity for violence, Stallone understands his incredible history, and his ability to re-invent his image.  He’s played rogue cops, underdog boxers, and disillusioned soldiers.  He’s gone down the road of pristine drama (Cop Land), and screwball comedy (Oscar), but pairing him head-to-head with Dolly Parton proved to be such a misfire from inception that it isn’t hard to see why he stayed away from this kind of culture-clash comedy for the better part of his career.  Given the opportunity to rewrite Phil Alden Robinson’s (Field of Dreams) screenplay, and then turning down Beverly Hills Cop to appear in this movie, Stallone shows he’s not afraid to take ill-advised chances in film.

Like every decent screwball comedy, this one begins with a bet.  Dolly’s Jake Farris is contracted to perform nightly at an admittedly popular tourist trap country bar smack dab in the middle of New York City run by Ron Leibman.  She makes a deal with Leibman to turn the first person he spots into a country music star.  If she succeeds, she can get out of the slave contract with Liebman (who can’t help but be sleazy about the whole thing).  They go out to the street and Liebman picks a dizzy cab driver named Nick for this Pygmalion-like transformation.  Of course, given the multi-cultural climate of New York City, Nick would be the very last person Dolly would agree to tutor in the ways of country music, but Leibman wants to make this as difficult as possible for her.

For a moment there, Nick thinks she’s coming on to him.  He takes her back to his home, where his Mama (playing it to the hilt, constantly circling the table to babble in a foreign language and deposit more food) makes spaghettis and gravy.  See, Dolly’s all skin and bone as we know.  So it’s unusual that in addition to a clash of cultures, we also have a clash of stereotypes.  Stallone is a good-natured meathead and Dolly’s a sassy redneck chick (and hot, to boot!).  Dolly decides to take Nick down to her ancestral home in Tennessee.  It’s funny that I was living in Tennessee at the time this movie premiered on cable television.  There didn’t seem to be much hootin’ and hollerin’ going on when I was living down there.  She teaches him to walk and to talk like a redneck (or “rhinestone”) cowboy-type; chewing tobacco, and developing a John Wayne swagger.

Dolly makes for a charmingly baroque figure in her dusters, cowboy hats, and leather boots, but Stallone, I think, tries too hard to be funny here when playing it straight would have benefited the humorous idea.  The rolling of his eyes and mugging for the camera, along with Travolta-hair style make him more menacing than endearing to me.  You can tell Dolly is really trying to teach him, not only about country music, but the unspoken language of dependency with which actors must relate.  In fact, Dolly is the saving grace of this movie.  Nevermind her looks – this broad is insanely talented; as an actor, as a singer, as an entertainer!  The only time the story doesn’t feel genuine is when the screenplay forces them to be closer.  The way I see it, the movie’s not a love story.  It’s a dare.  A dare to turn a cab driver into a star.  A dare to cast Sylvester Stallone and Dolly Parton in a movie together. 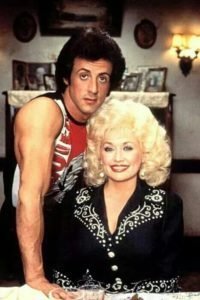 It’s here that we get into what makes a bad movie (although I disagree with that notion).  Watching or reviewing and evaluating a movie is, was, and always has been a subjective experience.  For example, you might consider Rhinestone to be a seminal work of art, a masterpiece; it did it’s job, for you.  You come across an imposing cluster of terrible reviews.  You talk to people who say the movie is “terrible”, or worse.  Rotten Tomatoes gives the movie a 15% “tomatometer” rating.  In those days, before the advent of blanket advertising to guarantee good opening weekend numbers, box office was the only indication of a movie’s failure.  This doesn’t mean you’re wrong for loving the movie.  It only means fewer people agree with your opinion, and it doesn’t mean you have bad taste in film.  If, in your view, the movie does it’s job (the outlandish prospect of pairing Parton with Stallone, and the silly screwball narrative), then it succeeds.  Rhinestone succeeds.