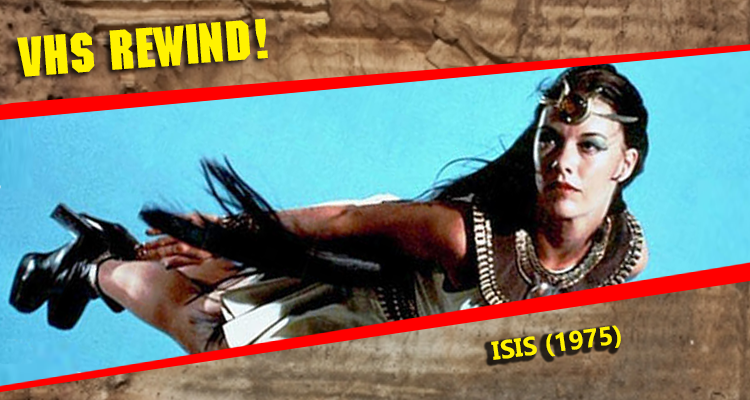 She is still hot.

Forty-plus years later, she is still smoking hot. She still does it to the hosts of VHS Rewind, just one look and VHS Rewind’s middle-aged-viagra-starved libido is suddenly ten years old again, awake, eager.

We speak, of course, of that goddess (literally and figuratively), Isis. Joanna Cameron. Before Farrah Fawcett was on Charlie’s Angels, Joanna Cameron had the most amazingly gorgeous tan on television. To think that this was Saturday morning (childrens) television: surely, the hosts of VHS Rewind were not the only ones who broke his cherry with this show.

We at VHS Rewind simply can not, will not speak ill of ISIS (the show). It is just too important a part of out childhood. Every minute, every second, is our youth, re-lived. The magic spell that Joanna Cameron intones to become The Might Isis, the narration over the opening credits…we really do gain back some years just by watching this show.

John VHS Rewind as our hosts relive their innocence lost when they revisit the Saturday morning classes ISIS.