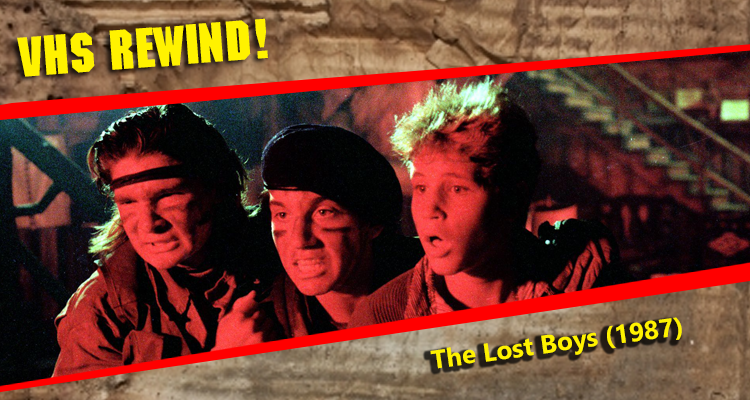 Few things are more “1980s” than 1987’s vampire flick THE LOST BOYS. Everything about THE LOST BOYS is so firmly entrenched in this decade, from the cast of then-young actors (the two Coreys (Haim & Feldman), Kiefer Sutherland, Jamie Gertz, Jason Patric (who?)); the fashions; the soundtrack; the make-up effects.

So how does THE LOST BOYS hold up? Is it as timeless as, well, a vampire?

Is Jamie Gertz’s (non)acting proof that she is, in fact, one of the undead?

Join VHS Rewind as our hosts, Chris and Mark, revisit THE LOST BOYS and once again get lost in the shadows to find definitive answers to those questions and also find themselves incapable of stopping themselves from bursting into several songs from THE LOST BOYS soundtrack (although neither host takes his shirt off and starts playing the saxophone).