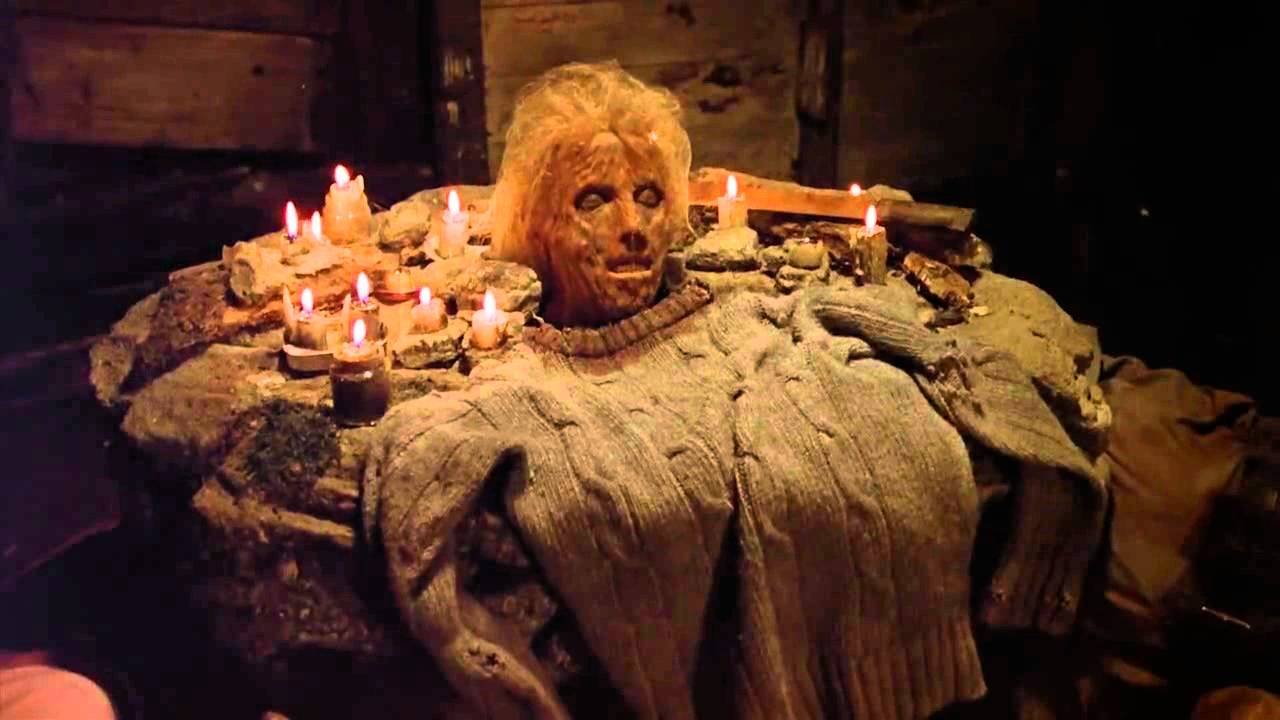 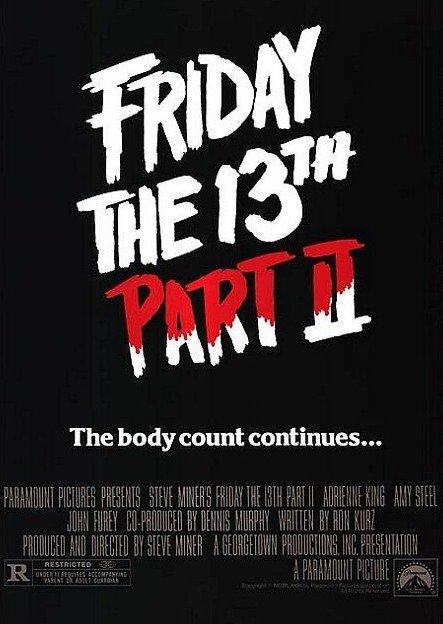 Adrienne King is having nightmares.  Specifically, nightmares about the carnage from a few months prior.  Pamela shakes her, tells her Jason should have been watched.  He wasn’t a very good swimmer, you see.  Pamela targets poor Adrienne as the source of her anguish.  Adrienne tries to flee, but dead bodies are in her path.  She struggles with Pamela and grabs an ax.  One lucky swing later and Pamela is liberated from her head.  We then see the final image of the first movie, that of Adrienne lazily languishing in a canoe, until Jason emerges from his watery grave and pulls her under.  She talks to authorities and wonders what happened to the boy.  Adrienne wakes up.  The phone rings.  She argues with her mother, which is interesting considering that previous flashback.  What we’re seeing here is a fragmented individual who, unfortunately, will not make it past the opening credits.  She opens the refrigerator door to see Pamela’s decapitated head looking at her (the old Osterman Weekend gag!), and then she gets a ice-pick in her head (the old Basic Instinct gag!).  At least the killer is kind enough to take the whistling kettle off the heat.

We jump to five years later, and a fresh, healthy batch of good-looking camp counselors are en route to a training center just outside of the camp.  Their no-nonsense (yet dreamy) coordinator set them to work making preparations, or something like that.  The script doesn’t waste much time on character development.  This would, unfortunately, become a trope of slasher movies as the years progressed.  As they are want to do, they engage in fornication, smoking dope, telling scary stories or whatever the kids got up to back in those days.  The crazy old man (“It’s got a death curse!”) shows up again to freak out the young people.  That seems to be his primary job.  Dreamy coordinator-guy sits everybody by the campfire and tells the story of Jason, for no other reason than to take up the creepy old man’s mantle (not before being killed himself, goodbye old man, we’ll miss you!) and scare the Hell out of these kids.  Why?  Camp Crystal Lake is off-limits!

As with the first movie, there are a few fake-out jolts to be felt.  What tends to happen is a one or two people trounce off the beaten path, walk through the woods, take a stroll around back, and then we go to a POV shot.  Somebody’s following somebody, a couple of violin stings from Henry Manfredini’s once-again effective score.  Sometimes we see a pair of legs following our hapless kids, and then we get the fake jolt, usually from a portly authority figure, who warns of danger, which is what I don’t understand.  Sooner or later the person doing the warning gets garroted.  You have all these townies warning of danger and yet they continue to live there.  If there was bad ju-ju afoot, I’d book and I mean proper!  Crazy, hemp-smokin’ kids don’t buy this adult plastic hassle, and they keep on keepin’ on.  My favorite bit this time around is two kids doing the nasty and the killer impales their bodies together with the bed.  Fun stuff! 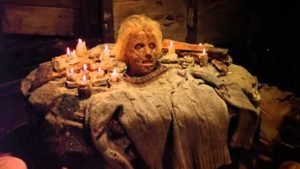 On a technical level, this second part in the franchise has better lighting and camerawork.  Steve Miner makes use of slow-moving tracking shots and creeping shadows.  Miner would go to direct the next sequel, House (a personal favorite of mine), and, inexplicably, Forever Young with Mel Gibson and Jamie Lee Curtis.  It seems this movie has a little more psychology going for it, with fear of the dark and vulnerability (such as the kids’ propensity for going skinny-dipping at night) driving those in the audience to clutch their boyfriends and girlfriends in sheer terror.  Several of these gags would be repeated in the third sequel.  I recognize one of the counselors as being the crazy bell-hop from the X-Files episode, “Clyde Bruckman’s Final Repose.”  Shot on a budget twice that of the first film, this sequel did not make as much money at the box office, but it was enough for Paramount (who purchased the worldwide rights) to justify another sequel.